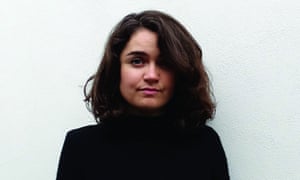 Rachael Allen’s debut, Kingdomland (Faber, £10.99), will surprise those who first encountered her through the Faber New Poets series. Where those early poems were often droll and precisely contemporary, full of youth’s shoulder-shrugging ennui, this first book has an urgency and a quieter seriousness. “Watch the forest burn / with granular heat”, demands one dislocated voice; Kingdomland is a world of shadowy tragedies and travesties, whether a “monstrous double horse”, a “many bird roast” with “as many eyes as a spider”, or simply “pain, deep-seared”. Hurt and harm surface throughout Allen’s writing, intent on uncovering the grotesque beneath the everyday, even as it remains oddly distant and indistinct: “a stark bright woman” who “holds something small, ungrippable”. Disturbing, unnerving and aware, these poems linger through effective image-making, where a girl watches “a haunted old body, the one she’ll inhabit / that drags up and down the coast”.

Can a poet be popular and critically acclaimed? Jonathan Edwards’s 2014 debut My Family and Other Superheroes won the Costa poetry award and the Wales Book of the Year People’s Choice award, combining comedy and a surreal touch in reimagining the familiar to winsome effect. His poems are easy-going but subtly formal, clever but accessible, and his follow-up, Gen(Seren, £9.99), won’t disappoint. Here comes everyone: Harry Houdini on Newport Bridge, Coleridge chancing a lottery ticket, Tanya’s house party with “music / pouring from the chimney”. There is something of the late Michael Donaghy about Edwards’s simpatico voice, and like Donaghy he is at his best when he leads us astray. “Reader, if you take my hand / and step outside with me now”: the poet nudges, and we follow. Touching character portraits reiterate why Edwards has won plaudits, but the acerbic edge that pervades Gen also suggests a new direction.

“The saddest triptych / is our blood, trouble / passed down”, writes US poet Morgan Parker in her third volume, Magical Negro (Corsair, £10.99). Fierce, playful and political, Parker’s poems celebrate the everyday just as they face off ancestral hurt, attempting a poetic escape act to reclaim “the history of black people, adapted from white people”. At times bluntly declarative – “the body is a person” – these verses conjure folk heroes through confessional monologues, such as “Gladys Knight on the 200th Episode of The Jeffersons”, “Diana Ross Finishing a Rib in Alabama, 1990s”, or the subverted prayer of “Brooklyn”: “Give us this day we light soy candles / for dead brothers”. Holding history and the contemporary to account, Magical Negromeets prejudice with an unwavering eye. If Parker’s directness can sometimes sour, the best poems here provoke and surprise: “I’m being repetitive now, but do you ever hate yourself?”

When she died in 2017, tributes abounded for poet and novelist Helen Dunmore. Counting Backwards: Poems 1975-2017 (Bloodaxe, £14.99) spans her 10 collections, starting with Inside the Wave, 2018 Costa book of the year and a precise exploration of life, love and mortality, before returning to The Apple Fall, published when she was 30. Like polished pebbles worn true with time’s passing, the strongest poems confirm a gift for the hauntingly exact yet humane lyric. “You looked away just once / as you leaned on the chip-shop counter, / and forty years were gone”. Dunmore can draw on poetry’s power to distil an entire lifetime into a moment.