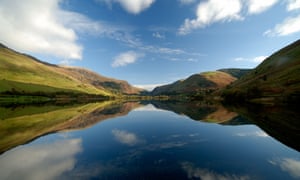 In a career spanning more than 50 years, Christopher Priest has published over a dozen novels at the literary end of the speculative fiction spectrum as well as several story collections. His latest, Episodes (Gollancz, £20), gathers 11 stories first published between 1972 and 2017. Whether Priest is writing violent near-future dystopias about the effect of virtual reality on society, time-slip romances or subtle political parables, a constant feature of the stories is the cool, assured quality of his prose. The first three tales are more horror than SF: a claustrophobic Lovecraft homage; a detailed study of a protagonist’s dying moments; and the powerful “The Head and the Hand”, a macabre, understated tale of a man driven to perform acts of masochism on stage. The standouts of this excellent volume include the haunting “An Infinite Summer”, in which Priest deftly recreates the manners and mores of the late Victorian era in a poignant story of a man separated from his lover by the intervention of time travellers from the future, and “Palely Loitering”, detailing a boy’s obsessive love in a far-future society, where starships and time travel contrast with an old-fashioned, almost Edwardian mood.

Lucie McKnight Hardy’s Water Shall Refuse Them (Dead Ink, £9.99) is a slow-burning coming-of-age novel examining family grief, set in an isolated rural community where things unseen and unsaid simmer beneath the surface of everyday life. In the sweltering summer of 1976, teenager Nif and her family leave Bristol to spend a month in the Welsh countryside; after the tragic drowning of Nif’s younger sister, they are trying to come to terms with their loss. Instead, the pressure-cooker atmosphere of rural isolation and incommunicable grief builds relentlessly. Nif becomes involved with a local sect known as the Creed and finds refuge in the arcane rituals of witchcraft, abetted by mysterious local teenager Mally, as the novel builds towards a heart-rending climax. Hardy skilfully captures the mood of the 70s, the hostility of an entrenched community and the power of superstitious belief. Expertly juxtaposing folk horror and everyday reality, this impressive debut conveys an atmosphere of imminent menace.

There are no everyday elements to Kerstin Hall’s debut novella The Border Keeper (Tor, £11.99). It begins on the outskirts of the spirit world, before moving to the weird realm of the underworld, Mkalis, where demon beasts and macabre gods are in constant battle. The grieving Vasethe has come to petition the eponymous border keeper: he wants her to guide him through Mkalis in search of his dead lover’s soul. What follows is a phantasmagorical picaresque through a lushly realised underworld, populated by a grotesque bestiary of fantastical creatures, with danger dogging our protagonists’ every step. This twisty example of the new weird genre examines love, loss and loyalty, packing skilful world-building and a powerful emotional punch into a little over 200 pages.

There is another successful debut fantasy novel, this one carried off with appealing tongue-in-cheek humour, in the shape of Breanna Teintze’s breezy Lord of Secrets (Jo Fletcher, £14.99). To a host of epic fantasy tropes – a wizard on a quest, a talismanic artefact, a sinister guild and vengeful gods – Teintze has added a neat twist: spells are poisonous to those who cast them, and while most wizards offload that poison on to hapless victims, hero Corcoran Gray, curmudgeonly but compassionate, takes the burden on himself. On the run from the Mages’ Guild, which has imprisoned his grandfather, Gray teams up with an enslaved young woman, Brix, and together they attempt to free his grandfather from a subterranean temple. Their quest doesn’t go to plan, of course, and Gray and Brix endure multiple reversals of fortune and brushes with death while earning the wrath not only of the Mages’ Guild but a megalomaniacal demigod. It’s deftly plotted and great fun, with a sequel in the Empty Gods series to follow.

Lost Acre (Jo Fletcher, £16.99) brings Andrew Caldecott’s Rotherweird trilogy to a conclusion. In this sprawling fantasy epic, the central character is Rotherweird itself, a bizarre town where by royal decree time has stopped, the study of history is forbidden and the outside world is banished. It is a steampunkish amalgam of Mervyn Peake’s Gormenghast, Terry Pratchett’s Ankh-Morpork and Christopher Isherwood and Edward Upward’s Mortmere, replete with quirky characters, Heath Robinsonesque mechanical devices and a dash of the supernatural. Book three follows the sinister mystic Geryon Wynter, resurrected from the dead, as he returns to Rotherweird for his own mysterious purposes; he must deal with the many townsfolk who work both for and against him. It drops the reader into the thick of labyrinthine plotting, and with a cast of more than 70 characters, familiarity with the previous books is a necessity. Lost Acre’s fondness for whimsy over psychological depth may prove too much for some readers.