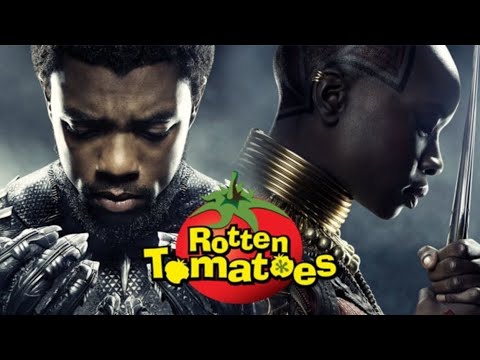 Films from Marvel Studios often debut with strong positive critical reactions, leading towards high percentages on review aggregator site Rotten Tomatoes, but the upcoming Black Panther has secured the top spot over all the other installments in the Marvel Cinematic Universe.

Black Panther currently sits at 98% positive reviews, ousting Iron Man and its 94% from the top spot. Numbers for any film can be somewhat skewed when they debut, as not all critics can submit their reviews to the service at the same time, normally resulting in a high debut that slowly declines. With over 200 reviews tabulated for Black Panther, it doesn’t look like its rating will drop too drastically over the coming weeks, as Iron Man‘s rating was tabulated with 50 more reviews than Black Panther.

It’s no surprise that the film earned such high remarks, as the character quickly became one of the standout elements of Captain America: Civil War, merely whetting audiences’ appetites to learn more about T’Challa, King of Wakanda.

ComicBook.com’s own Brandon Davis praised the film, giving extra acclaim to the female characters in the film.

“If Black Panther had not included the Dora Milaje, especially Danai Gurira’s General Okoye, it would be lesser. They help carry the throne and movie to royalty as director Ryan Coogler coaches these women toward profound achievement. The fighting skills on display and technology accompanying them thanks to [Letitia] Wright’s brilliant and wildly fun Shuri offer some of Black Panther’s most entertaining and jaw-dropping moments. One sequence in particular, involving Gurira, a spear, and a car chase, will leave moviegoers giddy in their seats.”

Many critics have noted that, while the film unfolds in a fictional nation, the overall themes are incredibly relevant to our current cultural climate.

“While the themes are deep, Black Panther is at the same time a visual joy to behold, with confident quirkiness, insane action sequences and special effects, and the glorious reveal of Wakanda,” USA Today claims.

Of the 20 films in the MCU released, eight of them have ratings of 90% or higher. Only two of the films, The Incredible Hulk andThor: The Dark World, failed to earn the site’s official “Certified Fresh” approval, yet still hold a positive score on the site.