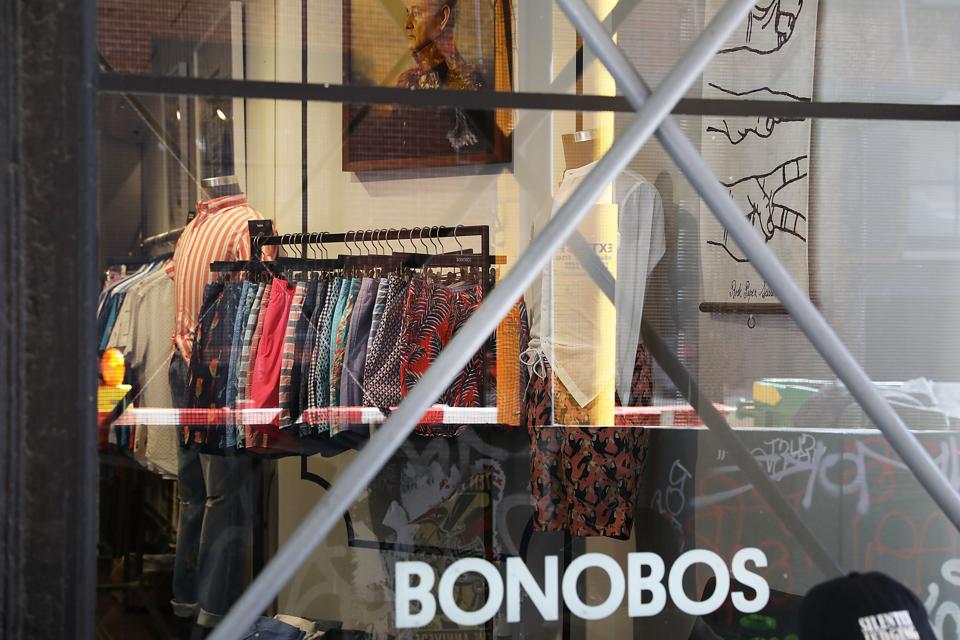 It was 2013, and consumers were embracing a new wave of online-only retailers and brands that leveraged technology. It was the era of Warby Parker, which ushered in a new movement in e-commerce, a new retail generation focused on vertical integration of manufacturing, branding and distribution. And it was completely upending the traditional retail model.

Stores were closing. Long-time brands were folding. And retailers were in a full-on panic as they struggled to keep pace with the demands of a new tech-savvy consumer that shopped whenever and wherever they wanted from the palm of their hand.

I wrote a blog in 2013 which focused on what I referred to then as E-Comm 2.0 brands. These online-only brands (Bonobos, Hointer and Dollar Shave Club) had built their businesses on the backs of lessons learned by early online-only retailers  Amazon, eBay and Dell. I felt these next-gen retailers represented a new movement in e-commerce and were going to shed light on how retail would evolve.  I wasn’t wrong.

Five years later, we are looking at a radically changed retail landscape.  While emerging retailers followed consumers to an online model that facilitated ease, simplicity and speed, as they matured, the E-Comm 2.0 brands similarly followed consumers into the physical world based on their need to see, touch and experience a brand.

There may be no greater example than Everlane, whose CEO Michael Preysman famously told the New York Times NYT -1.84%, “We are going to shut the company down before we go to physical retail.” In fact, they opened a few physical stores in select markets late last year. “Our customers tell us all the time that they want to touch a product before they buy it,” Preysman said. “We realized we need to have stores if we’re going to grow on a national and global scale.”

Here’s a look at how some of these brands have matured, grown and evolved. In my view, this pulls back the curtain on the likely future of consumer-driven retail.

Dollar Shave Club exemplified the emergence of the online-only brand, and has continued to grow since its acquisition by Unilever in 2016 to more than 3 million subscribers and 54 percent of the U.S. online shaving market according to Euromonitor. Dollar Shave Club offers a simple concept that allows subscribers to select the razor they want and, for as little as a dollar a month, have the razors shipped directly to them.

Since its acquisition, CEO and founder Michael Dubin has been focusing efforts on expanding into new Dollar Shave Club branded product lines like hair gel, shave butter and more, but with limited success according to this article.

Interestingly, in January, Dollar Shave Club tried a new pop-up store concept in London which pre-empted its launch into the UK. Dubin, who has been staunchly pro direct-to-consumer hinted at a launch of a Dollar Shave Club standalone store, but he said “it was too early to share any details,” according to this article.

Still, as the company looks toward growth of its existing and new product lines, it’s clear that the backing by Unilever is enabling Dubin to take a hard look at the company’s online-only model and evaluate the benefits a physical presence can offer to its huge base of customers.  Whether he’ll continue to dip his toe into the physical world with pop-up shops or take the plunge by opening a few stores in key markets will be interesting to watch.

Five years after its launch in 2007, online-only brand Bonobos already understood that some customers like to touch the clothing before they buy, and began selling its items in Nordstrom.  However, in 2011, the company expanded its physical footprint with a “Guideshop” model. The concept bridged their online brand into the physical world by offering an appointment with a store to try on items, place the order online while in the store and have it sent to their home. The space kept costs low with minimal inventory by using the website as a virtual back room.

In the last five years, rather than continue to strike up partnerships with retailers, Bonobos has instead put their muscle behind their showrooming concept.  Last year, in search of additional capital for growth, Andy Dunn, Bonobos CEO, was grappling with a decision many growing startups face according to his conversation with Recode last fall. They could take a small, $15 million round of funding as they did with Nordstrom JWN -1.63% in 2012 and stay independent, but without getting any liquidity for founders, employees or investors; or sell a chunk of the company to a private equity group, which would have probably meant ceding control; or sell the company entirely.

The rest is history, based on the widely publicized acquisition of Bonobos by Walmart last year.  While some of their loyal fans worried that the acquisition would diminish the brand’s image and quality, Dunn reported that sales have continued to increase, and the acquisition has enabled the company to expand its physical footprint from 38 Guideshops at the time of the deal to 51 as of this month.  While the acquisition is still relatively new, Dunn explained that having access to Walmart WMT -0.11%’s resources has opened the door to greater growth opportunities while enabling them to continue to run the business as they see fit.  With Walmart trying to redefine its image and sell more stylish items, one has to wonder whether Walmart’s long-term play is to sell Bonobos in-store or at least online.  But so far, Bonobos has been able to hold onto its brand and remain, for the most part, independent while expanding their physical footprint.

Hointer was making headlines in 2013 with what appeared to be the store of the future which bought a mix of robotics, mobile technology, fashion and hassle-free shopping, all within their flagship bricks-and-mortar store.

The showroom offered one sample of jeans, shirts, and tops. The shopper downloaded the Hointer app and scanned the e-tag on the product, triggering a visual of the garment that they would then tap to make size and color choices. The item would arrive via a chute into the shopper’s designated dressing room in under 30 seconds from a micro-warehouse sitting behind Hointer’s showroom.

Hointer founder Dr. Nadia Shouraboura, who created this concept based on her previous experience as former head of supply chain at Amazon, predicted, “Soon, every item in the world will be sold like this…It will be bigger than Amazon.”

While back in 2013, it looked like the store was building into a chain, the writing was on the wall by 2015 when Shouraboura started defining the company differently. She noted in one article,  “In the future, we’ll be working with many different brands and in-store experiences…Hointer is a technology incubator. We are a software startup, period.”

Today, the company seems to be holding true to that vision. With the Hointer stores all seemingly closed, the company is focused on retail partnerships that bring next-generation tech into stores like Macy’s. Recently, Hointer announced that it launched a micro-warehousing concept for the grocery industry. While it still feels like the retail headspace hasn’t yet caught up to Shouraboura’s vision, as new technologies such as AI, robotics and experiential shopping gain traction with consumers, we could be right at the cusp.

Ultimately, all three of these online-only businesses have shifted their models to adapt to the needs of consumers – which have largely become more physical and experiential. Whether it’s through opening or broadening their physical stores or showrooms, receiving your items in a dressing room through a chute, or even having an item delivered by a drone, the evolution of retail for the next five years will be dictated by consumer appetite. But it starts with having something the consumer wants, at a price point that is right.