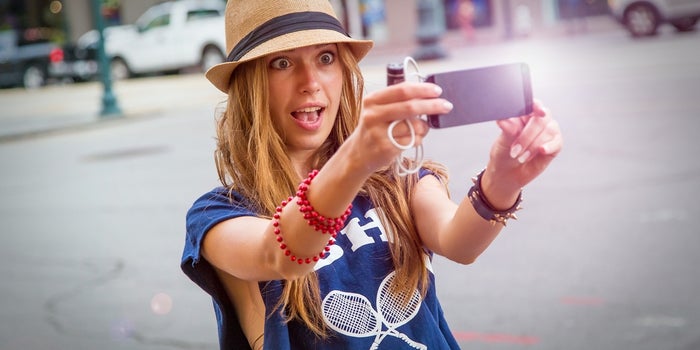 Imagine for a moment that you were born in Europe into a market of just 10 million people. You pay attention to what’s happening overseas, but for some reason you’re just not able to adapt the bait and funnels into developing your personal brand the way you’d like. You just can’t understand why 99 percent of your audience abandons you right at the point where you would like to sell them the most important part.

Another year passes, and maybe your brand has run its course for your potential audience, and your conversations hover around zero. This wasted investment really makes you stop and think: If all of this doesn’t work, then what on Earth does?

Our answer to the American model is a proliferation of “entrepreneurs” or coaches in their early 20s who, without any basis in experience or reality, attempt to build a cult of personality around one or two well-written posts, combined with advertisements, to sell their programs costing hundreds or even thousands of euros. Perhaps it’s true that in America you can easily build a brand on the idea that last year you were homeless or sleeping on a friend’s couch, while this year you’re already making millions and can be found cruising the city in your Lamborghini. In this country, making such a change without a business background isn’t easy, but by taking on personal loans, some people are able to maintain appearances. But, this will only stoke people’s jealousy and minimize the number of people who might take you seriously.

Why doesn’t it work?

Most people in Hungary (and many other countries) still make €600-€700 a month, and many can’t even imagine this ever growing to several thousand euros.

If so many people are living so far from this high-earning lifestyle, is it really the right thing to communicate?The Hungarian mindset is famous for thinking that anyone with a lot of money must have gotten it illegally.

So, what does work?

Build trust. Let people see that you work for what you have, and that you know what you’re doing. Show why they should follow you and why it’s worth investing in you, educate people on your blog, post free courses and be informative. Show your followers that you are not trying to rip them off, that you have a mission and that you want to help other people. Be credible — let us see that you know what you’re talking about, build an audience and figure out a way for us to personally identify with you.

What could be the first step?

While in U.S. it might not be so easy (or cheap) to arrange meetups with your audience due to the great distances involved, here it’s easy to do so. Hungary is definitely centered around Budapest, and it’s the hub for entrepreneurial activities in the country. The reason I never had to spend money advertising my books is because I promoted them at book events around the country. I visited even the smallest cities that are not known in business circles. People were grateful, and in one evening I could meet 200 or 300 real-life followers, who sooner or later bought my books, too. I have more than 120 such events under my belt.

I know that holding two rural events a week in addition to all your other tasks takes a lot of time, but even one event a month could be beneficial to your brand. Hold events that build on your mission, or hold workshops based on your products and services. Look for cafes, cultural centers, cinemas or five-star hotels — all of them are thrilled when someone finally brings them a high-quality, exciting event. Plaster the city with posters, make a Facebook event, spend a few euros on ads for it and assemble a national promotions team for validating tickets.Your creativity makes or breaks everything, so why not invite your participants to a closed Facebook group. Even if you start with a 10-member group, by holding one workshop per week, by the end of the year you will have an audience of more than 500 who trust you, and who will buy your products without caring that you don’t have 10,000 followers. They met you, you helped them and they trust you. That’s more than enough.

A Dutch client of mine ran his product on Kickstarter. As soon as the first set was produced, they went and personally delivered the product to anyone they could. Unfortunately, most people only maintain this attitude in the initial phases, which is a big mistake. As a blogger, I always paid attention to who was consistently liking my Instagram posts, and if I saw that the person was going through a hard time, I’d ask for their postal address and I’d send them a postcard with a quote from one of my books. When I wrote a book, I would cut the first copy into pieces, and send it out to my long-term followers, so they could read it before it appeared. When I held a rural event, the next day I would have breakfast with my followers.

I didn’t have to do this. But, right then and there, they got a personal experience, which means a lot when you’re building a community. Anyone can do this while building any kind of brand. For example, when the products arrive, perhaps make a post asking anyone to come who would like to see it this afternoon and they will receive a product or sample in return for a recommendation. You can take pictures of it, and then you can use the recommendation on your home page and as content.

There is power in closed groups.

If you’re able to put the people who have interacted with you in some form into a closed group, you’re all set. In the future, as you grow your base, they will keep communicating with you as though they’ve known you since forever, and this will give newcomers confidence, which can help convince them to become customers.

Most followers are happy to finally be able to engage with like-minded people, but everyone is at a different stage in the process. Let’s say someone is in a runners club and has just begun running, while someone else might post every day about how many kilometers she has run. This is frustrating to a beginner, who might be intimidated by the seemingly unattainable distances, and he may potentially even leave the group after he sees the sixth selfie from someone preparing for her next marathon.

More and more pages are removing the ability of members to post, since it is just a source of additional work and conflict when they post without any regulation. However, it’s possible to take care of this with post threads dedicated to a given topic; instead of disorganized chaos, everyone is able to contribute to the topics which you choose.

“Who has time for all this?! I may as well just buy ads,” you might be thinking, and not without some reason.We don’t really have a choice in the matter. In order to build a sustainable brand in such a small market, we have to leave the online world and grow our brand on strong foundations. These foundations begin with building human relationships and trust, as our main desire in life is to be understood. If you can offer this to people, and if they tell that you are honest and really want to help improve their lives, you can make a big impact even without spending money on ads.