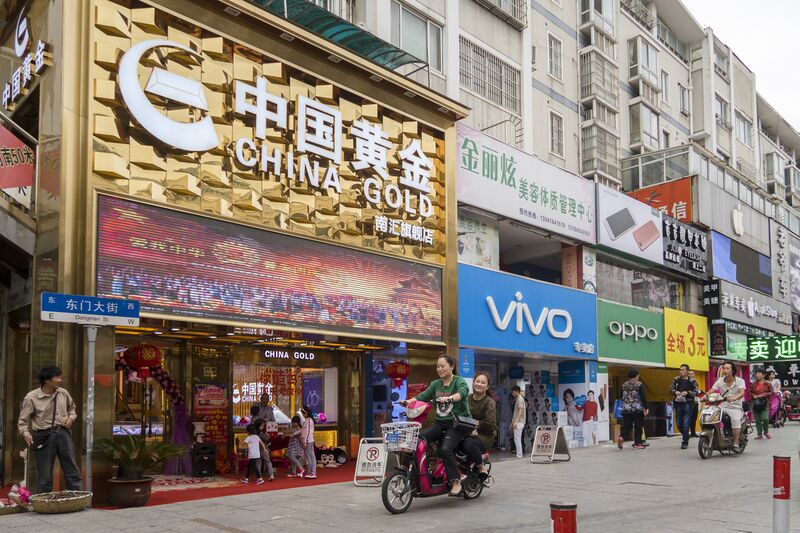 After the fall of the Berlin Wall, many economists and policymakers assumed the world would become one happy, prosperous economy. Aided by the spread of capitalism and technology, countries would be increasingly knit together by trade, finance, and the internet. There would, of course, be the occasional setback—such as the 2008 financial crisis. But ultimately the forces of globalization would prove irresistible and ever-tighter integration inevitable.

A serious obstacle has emerged to that vision. It’s not Donald Trump’s threat of trade wars or Brexit or terrorism. It’s China.If we tease out the trends taking shape in China and its relations with the U.S. and other developed countries, we can foresee an unhealthy schism forming and widening in coming years. The global economy could be split into two giant parts. One would be centered in the U.S. and the European Union; the other would revolve around China.
Listening to the rhetoric streaming out of Beijing, it’s easy to believe that China remains intent on melding itself into the global economy. In his speech to open the latest Communist Party congress, President Xi Jinping promised to give foreign companies wider access to China’s markets and protect their rights and interests. “China will not close its door to the world; it will only become more and more open,” he told the delegates. Xi has also painted himself as a champion of free trade and an international statesman, eager to take the lead on global issues such as climate change, in contrast to an isolationist, “America First” Trump.
Don’t be fooled. The problem with Xi’s version of globalization is he wants to control it. Instead of integrating China into the existing world order, he is creating a separate economic bloc, with different dominant companies and technologies, and governed by rules, institutions, and trade patterns dictated by Beijing.
Tweet Pin It