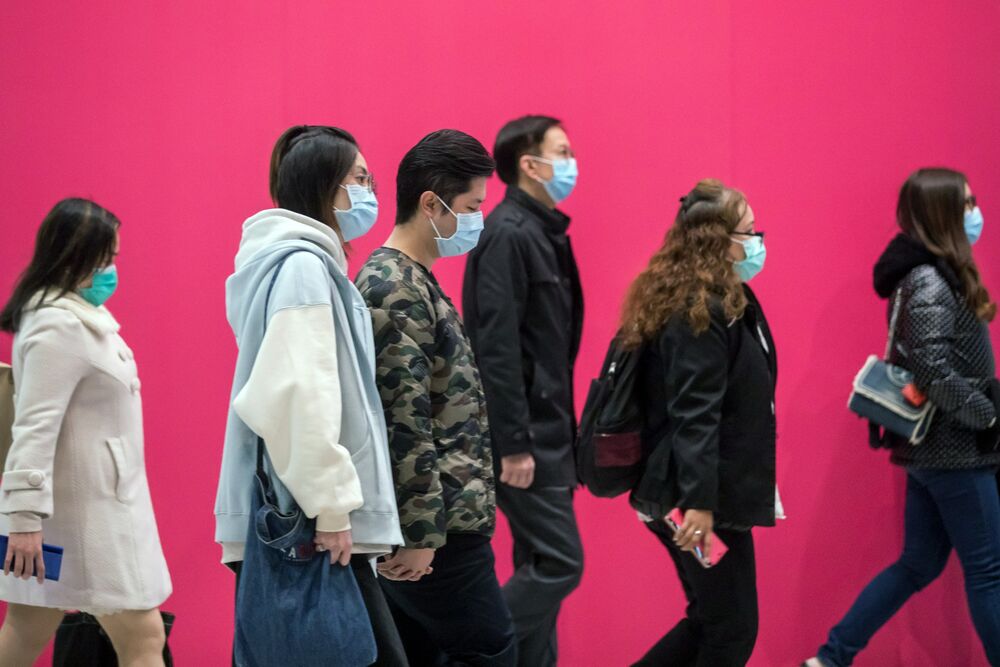 The rapid spread of the coronavirus pandemic will loom large in the minds of economists in the coming days as the number of global cases soars and the impact on commerce spreads.

While the World Health Organization didn’t recommend any restrictions on travel or trade when it declared the outbreak a global health emergency, more than two-thirds of China’s economy will remain closed as a result of the virus this week, and disruption could spread further.

The Federal Reserve and Bank of England have both indicated they are closely monitoring the pandemic, while economists are reexamining their calls for 2020 expansion. Bloomberg Economics forecasts the hit to growth will be most severe in China, and ripple across the world.

Back on the regular economic calendar, the U.S. is set to release its first jobs report for 2020 on Friday, while a raft of Fed policy makers and peers from Australia, Europe and Canada are due to speak.

Here’s what happened last week and below is our weekly wrap of what else is going on in the world economy this week.

With Donald Trump staking his re-election bid on the strength of the U.S. economy, that topic is set to feature in his State of the Union address Tuesday. Meanwhile, officials from the Fed are back on the road speaking after their January decision to hold rates steady.

Bank of Canada Deputy Governor Carolyn Wilkins, one of the frontrunners to take the top job at the central bank later this year, speaks in Toronto Wednesday.

The euro-area economy has looked on a somewhat surer footing recently, despite a fourth-quarter stumble that may proved short-lived. Final Purchasing Managers Indexes this week will offer more insight, as will industrial production numbers from Germany and France, the region’s biggest economies. European Central Bank President Christine Lagarde, who’s been a bit more optimistic on the outlook, will have a chance to give her take when she speaks to European lawmakers on Thursday.

Russia enters the week with a sequence of economic data releases before holding its first interest-rate meeting of the year on Friday. With growth data expected to show an expansion of just 1.3% in 2019, the government has come under pressure to boost the near-stagnant economy. Inflation probably slowed to 2.5% in January, well below a target of 4% set by the Russian central bank, which may cut its key rate by 25 basis points to 6%. Polish, Romanian and Czech central bankers also meet.

In Turkey, inflation data on Monday will probably show a reading of 11.9%, leaving real interest rates in negative territory following a cumulative 1,275-point reduction over the central bank’s last five meetings — the institution held its year-end inflation projection at 8.2% on Thursday.

China returns after the Lunar New Year holiday was extended to curb the spread of a deadly new SARS-like virus. That’s likely to mark the largest remote-work experiment to date as millions of people are being asked to log on from home. The virus is set to curb travel and spending in Hong Kong, which reports fourth quarter and full-year GDP numbers on Monday that will probably show the biggest full-year contraction since 2009. Central banks in Australia, Thailand, the Philippines and India will decide on interest rates.

Brazilian policy makers are expected to cut the benchmark interest rate by a quarter point on Wednesday in their first board meeting of the year, with the move following four previous half-point cuts. Central bank President Roberto Campos Neto has said that a food-price shock at the end of last year is passing quickly, while recent activity data fell short of analysts’ estimates.

The same day, Argentine Economy Minister Martin Guzman will meet with International Monetary Fund Director Kristalina Georgieva on the sidelines of an event at the Vatican. The South American country’s new government is looking to renegotiate billions of dollars of debt held by creditors and the IMF.