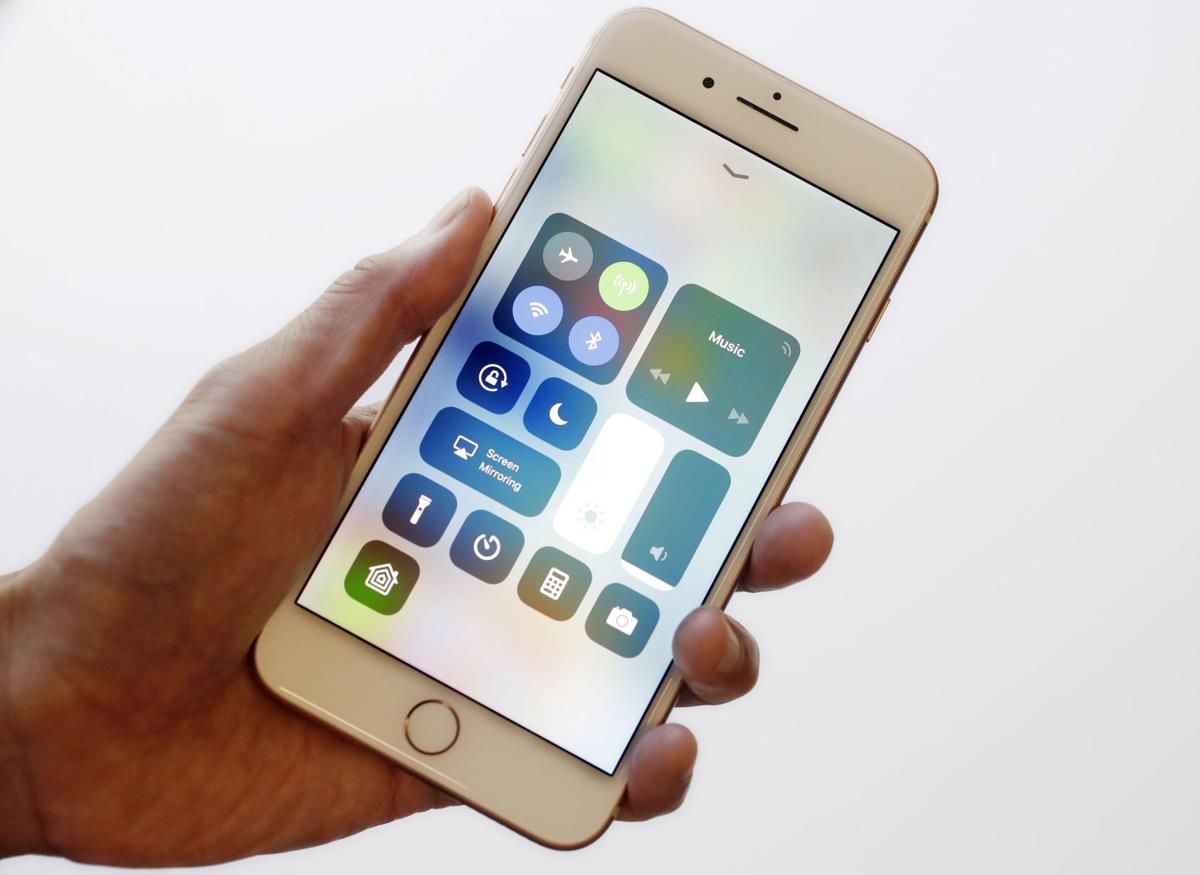 Holding off on upgrading your trusty old iPhone? You won’t need a spiffy iPhone 8 in order to get new maps, photos and other features with the free software update Apple rolled out recently.

The iOS 11 update brings a variety of enhancements, including a new voice and functionality for the Siri virtual assistant and a new photo format to reduce file sizes.

The update will work with iPhones and iPads going back a few years, but older models won’t get all the new features.

Once you get iOS 11, here are four things to look for.

The Control Center offers easy access to the flashlight and other tools with a swipe up from the bottom. It got separated into multiple pages last year to increase the options available, but the extra swipes got annoying. With iOS 11, it’s back to a single page. The extra options remain available, and Apple now lets you customize further, such as by adding an Apple TV remote or one-touch access to the voice recorder.

After taking a screenshot, you’ll now see a thumbnail in a corner. Tap on it for the ability to quickly annotate and share it. Need to remember where you parked your car? Just screenshot a map and draw an arrow.

The update brings additional camera filters to tweak your photos. To find them, you can now swipe up as you’re taking the shot; swipe down when you’re done. With camera improvements, the iPhone 8 models automatically use an exposure-balancing technology called HDR and no longer save unadjusted versions. You can restore that in the settings, though it’ll use more storage.

Apple Maps now offers speed limits and lane guidance on highways and indoor maps for some airports and shopping malls.

And a new feature detects when you’re driving and keeps notifications from appearing on your lock screen, so you’re not tempted to check. You can override that if you’re in the passenger’s seat – or traveling by plane or train, both of which can make the phone think you’re driving.

Remember last year’s gaming sensation “Pokemon Go”? For many people, it was their first taste of augmented reality , the blending of virtual images with real-life settings. More augmented reality apps are coming with new tools Apple is including with iOS 11. Among other things, you’ll be able to see how furniture will look in your real living room before you buy it.

Apple already has had artificial-intelligence software for cataloging photos and other internal features. It’s now making those tools available to third-party developers. Such apps might now automatically identify food in an image and offer nutrition information.

Speaking of apps, Apple has also redesigned its app store to separate games from other apps and make recommendations more prominent.

As Apple tries to market its iPad Pro tablets as a laptop alternative, the iPad’s software takes on characteristics resembling the Mac computer.

A Dock at the bottom offers quick access to recent and frequently used apps. The iPad gets new drag and drop capabilities to make it easier to move text and other content between apps. For instance, you can drag a location on a map into an email. Recent iPad models can now run three apps side by side, rather than just two.

Apple’s payment system, Apple Pay, already lets people buy items at a retail store with a tap of the phone. It also enables web orders and charity donations. Coming soon is the ability to pay friends back for dinner or drinks, much the way PayPal and Venmo work.

Money you receive will go into an Apple Pay Cash account, automatically created if you don’t already have one. Apple is hoping you’ll use the balance to buy things with Apple Pay, though you can move money to a bank account. There’s no fee when using a debit card or an existing balance. To encourage its use, the Apple Pay option will appear when texting about owing money.

Also coming later is the ability to sync Apple’s Messages app between devices. Such syncing was previously inconsistent. Apple says that while syncing will now use its iCloud servers, it will keep all data encrypted and won’t have access to the keys.

This most recent update brings new sharing and smart home capabilities designed for speakers. Much of this appears to prepare Apple for the December release of HomePod, a $349 smart speaker rivaling Amazon’s Echo and Google Home.