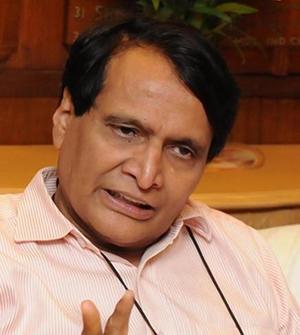 The global economy might be entering a new normal in light of the recent measures taken by countries affecting global trade, Commerce Minister Suresh Prabhu said on Monday. India must face the challenge and convert it to an opportunity, he added.

“With the recent measures taken by countries affecting global trade, we might be living in a new normal,” Mr. Prabhu said at a CII event. “Post the establishment of the World Trade Organization (WTO), in recent times, people are questioning globalisation and different definitions of globalisation are emerging. India must face the challenge and convert it to an opportunity.”

U.S. President Donald Trump had early last month levied a 25% tariff on steel and a 10% tariff on aluminium imported from all countries except Canada and Mexico. China retaliated by imposing tariffs on key import items from the U.S. including soybeans, aircraft and cars, and has taken the U.S. to the WTO over the tariff increases. “After the inconclusive [closure] of the 11th WTO Ministerial meeting, the global community appreciated the effort by India in organising the mini ministerial,” Mr. Prabhu said.

“Trade can only happen once products are manufactured. “India must produce and increase the scale of the production to [raise] its share in the global economy. In India, services will be exported more than merchandise goods. However, for India to be a $5 trillion economy, manufacturing must also increase.”