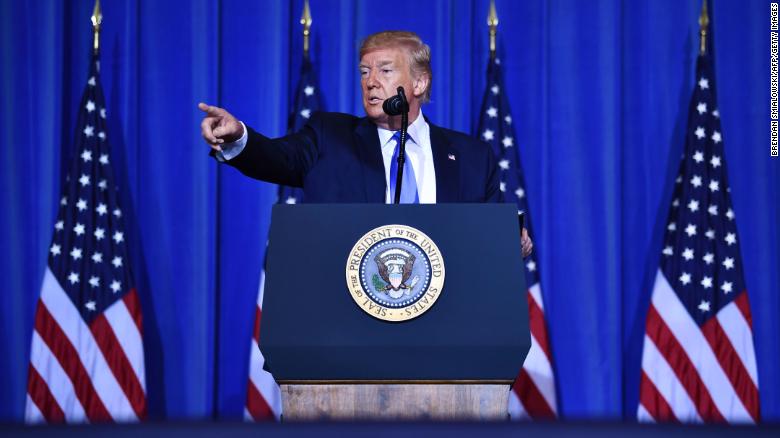 London (CNN Business)Stocks and oil prices shot higher Monday after the United States and China announced a cease fire in their trade war. Yet the fragile truce does little to alleviate pressure on a global economy wounded by earlier exchanges of fire that hit manufacturing and trade.

President Donald Trump agreed at the G20 summit in Japan to hold off on new tariffs, but US taxes on $250 billion in Chinese imports and the retaliatory measures they provoked remain in place. Trump also lifted some restrictions on Huawei, but he said the fate of the Chinese tech company wouldn’t be decided until the final stage of talks on a bigger trade deal.
Most significantly, there was no breakthrough on the fundamental issues that led to conflict between the world’s two largest economies. Analysts think the lack of progress means that existing tariffs won’t be lifted anytime soon, keeping pressure on supply chains and a lid on global growth.
“Restarting trade talks does not mean that the United States and China will reach a deal any time soon,” said Tommy Wu of Oxford Economics. “Negotiations will continue to be difficult, given the tough stance that the two sides would likely assume.”
Tariffs have weighed heavily on the global economy this year. They have helped to depress factory activity in China, where growth was already slowing, and contributed to a decline in global trade volumes. Multinational companies have sought to mitigate the risk to their supply chains, but many — including tech giants like Apple (AAPL) — remain vulnerable to new US taxes and potential retaliation by China.
The International Monetary Fund in April cut its forecast for global growth this year to 3.3%, warning that a sharp escalation in trade tensions could wreak havoc on supply chains and disrupt industries such as carmaking. That would be the weakest rate of expansion since the great recession of 2009.
In May, the JPMorgan global manufacturing index slumped to its lowest level since 2012. Consumers are being hurt too: American companies including Costco(COST) and Walmart (WMT) have said they are raising prices because of tariffs.
“The global economy has hit a rough patch: investment has weakened and trade has slowed significantly, with export and import growth rates at their lowest level since the great financial crisis,” IMF managing director Christine Lagarde said at the G20.
Central banks are now being forced to step into the breach. The US Federal Reserve has signaled that it could make two rate cuts this year in response to concerns about Trump’s trade policies, increased business debt and weakness in manufacturing. The European Central Bank has signaled it could even return to printing money. India and Australia have already cut rates.
The big question now is how talks between the United States and China proceed.
Trump wants Beijing to open its vast market to more American companies, and to reduce government subsidies for Chinese companies that give them a leg up on foreign competitors. The American president has also demanded that Beijing refrain from stealing intellectual property from US companies.
China’s leaders have meanwhile denied US allegations of wrongdoing and resisted making major changes to an economic system that has lifted hundreds of millions of its citizens out of poverty. Beijing has increased its spending and cut taxes to help cushion the blow to its economy from the trade war.
Analysts at Berenberg, a German investment bank, said Monday that the US-China truce should be treated with caution. They noted that a meeting last year between Trump and Xi at the G20 summit in Brazil ended on a positive note, but talks later broke down leading both sides to impose new tariffs.
“Progress towards an eventual resolution that ends with both sides removing the tariffs enacted since Trump became US president and perhaps going further with a broad US-China trade deal remains far off,” wrote Berenberg’s Holger Schmieding and Kallum Pickering.
Trump’s desire for a strong US economy and stock market heading into the 2020 presidential election could deter him from further escalating the trade war with China, or opening a new front with major trading partners such as Canada, Mexico or the European Union.
“A US economy that remains sufficiently strong is Trump’s best bet for reelection,” said the Berenberg analysts. “As US economy data has been softening of late, these recent positive steps on trade could be a sign that Trump is ready to ease up for a while to keep the economy on track.”
[“source=cnn”]
Tweet Pin It