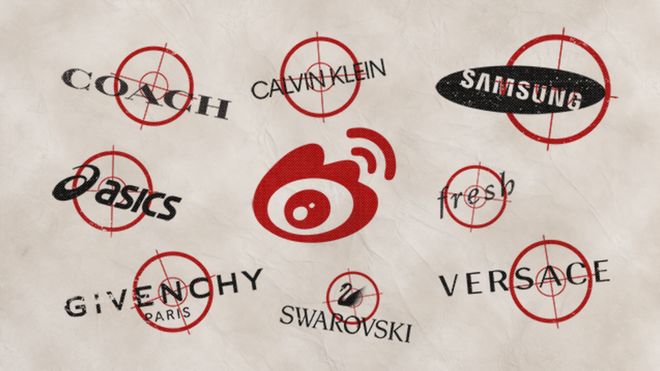 As the protests intensify in Hong Kong, international luxury brands are getting caught in the crossfire.

Global brands such as Versace, Coach, Calvin Klein, Givenchy, ASICS, and Swarovski have all become tied up in controversy on the mainland this week for listing Hong Kong, Macau, and Taiwan as a separate countries or regions – not part of China – on their official websites or brand T-shirts.

China’s state media propaganda machine is running at full speed to counter the anti-Beijing voices, and many Chinese social media users are now involved in an online hunt for international companies seemingly not abiding by the “one country, two system” principle, which states that while Hong Kong enjoys “a high degree of autonomy” it is part of China.

Versace: How the ball started rolling

On 8 August, an image of a T-shirt by Italian fashion house Versace started making the rounds on social media. One Chinese web user wrote: “I discovered this recently, and wondered if the design of this T-shirt means that Versace is supporting Hong Kong independence?”

By 11 August, the T-shirt was being called out by hundreds on Chinese social media for seeming to list Hong Kong and Macau as independent countries.

Many commenters condemned the brand while others accused it of being “two faced” and for profiting from Chinese money while disregarding Chinese sovereignty.

The Versace brand issued a statement on its official Weibo account (link in Chinese) on 11 August, saying the T-shirts – which also contained several spelling errors – had already been recalled and destroyed in late July. It “deeply apologised for the controversy” that it said was caused by a design “error”.

Donatella Versace, designer and chief creative officer of Versace, also issued a personal apology on Instagram: “Never have I wanted to disrespect China’s National Sovereignty and this is why I wanted to personally apologize for such inaccuracy and for any distress that it may have caused.”

One well-known entertainment blogger with more than four million fans, @Yubapo, reacted on Weibo saying: “Versace apologised, but what’s the use? Why would such a large company have such a lack of general knowledge?”

Over the past week, the Versace controversy has snowballed into a marketing crisis for multiple international luxury brands, terrified of losing access to the massive and lucrative Chinese market.

Chinese internet users began scouring websites in an online witch hunt for any international fashion companies active in mainland China which did not list Hong Kong, Taiwan, or Macau as being part of China.

Many people vowed not to buy from these brands again. “They’re openly challenging our country’s sovereignty,” one legal blogger wrote. “We can’t tolerate it!”

Each of the companies issued apologies on Weibo on Monday and Tuesday, reiterating their respect for China’s sovereignty.

With so many apology statements going around social media, some Chinese web users claimed it was “international apology day”.

“What brand is apologising today?” became a recurring sentence on Chinese social media this week.

‘Learn from their Mistakes’

On Tuesday Communist Party newspaper People’s Daily said Western brands should also “learn from their mistakes” in the long run, and cannot disregard the “One China principle”.

The newspaper published an illustration online showing the brands on top of a crack in a “One China” picture. “This is common knowledge – and it’s the bottom line,” the illustration says.

Although discussions about the Hong Kong protests were initially silenced on Chinese social media, state media have recently started publishing many articles and illustrations on the unrest.

Media outlets have strongly condemned protesters for causing chaos and have consistently emphasised the idea that there is one China, and that Hong Kong is part of it.

In the comment sections of various popular Chinese social media platforms, thousands of web users show their support for this stance.

Although this week’s witch hunt is an extreme display of Chinese consumers’ cyber nationalism, it is not the first time Chinese social media users have collectively turned against foreign brands for political reasons.

Italian fashion house Dolce & Gabbana became the target of an online storm in 2018 when it launched a promotional video for its China fashion show that many Chinese labelled as racist.

In the same year, Mercedes drew criticism from Chinese web users for quoting the Dalai Lama in an Instagram post. The company later apologised.

A Korean commercial by American footwear company K-Swiss also sparked outrage on Chinese social media in 2016 for depicting a Chinese character in a way many called “humiliating” to China.

In 2016, so many companies and celebrities were shamed into apologising that an activist in Taiwan named Wang Yikai started an “Apologise to China” contest.

The winner was a Hong Kong group’s parody of the song “Sorry Sorry” by Super Junior. In it, the group sings they are sorry for not loving China enough because they don’t own a made-in-China smartphone.

Although these kinds of marketing crises are often temporary, brands can suffer a real blow from boycott campaigns and negative publicity.

Chinese actress Jiang Shuying, also known as Maggie Jiang, announced on Tuesday that she would be ending her co-operation with Swarovski

China Fashion Week responded to the controversies this week, writing that “all brands doing business in China should respect its national sovereignty and territorial integrity”.

As long as the unrest in Hong Kong continues, the controversies can be expected to keep popping up.

Some commenters already sent out a warning message to foreign brands: “Are you ready to apologise?”