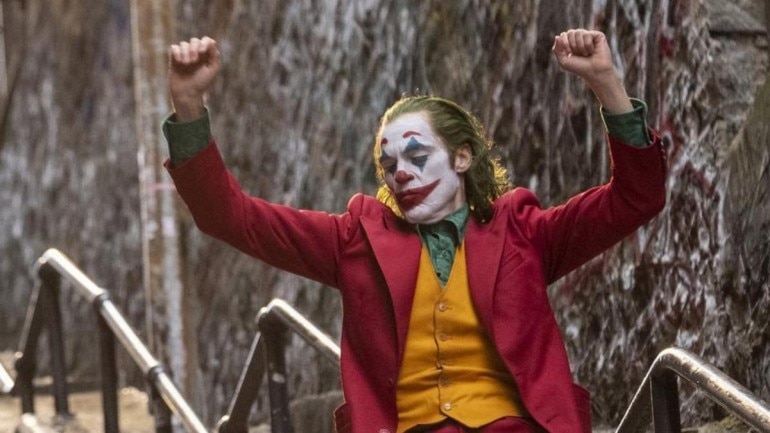 Joaquin Phoenix’s performance as the criminal clown who turns into the Joker, has received glowing reviews from critics. The story of one of the darkest villains from DC history was screened at the Venice Film Festival.

Directed by Todd Phillips, Joker shows the dark transformation of a loner named Arthur Fleck into the criminal mastermind everyone knows him as today.

Joker holds a 86 per cent rating on Rotten Tomatoes. The critical consensus is, “Joker gives its infamous central character a chillingly plausible origin story that serves as a brilliant showcase for its star and a dark evolution for comics-inspired cinema.”

The review from Time Out read, “This is a truly nightmarish vision of late-era capitalism arguably the best social horror film since Get Out and Joaquin Phoenix is magnetic in it.”

Empire said that it was “a sad, chaotic, slow-burn study”. “But your empathy, sympathy even, isn’t guaranteed, and it begins to dissolve as Arthur somehow moves even further to the edges. This is, we mustn’t forget, the story of how a villain was made. But what writer/director Todd Phillips and co-writer Scott Silver (8 Mile, The Fighter) have written into life is the Joker as a character. What they and the film is interested in is the mental, moral, emotional, physical make-up of the man who became the Joker.”

The Guardian wrote, “Having brazenly plundered the films of Scorsese, Phillips fashions stolen ingredients into something new, so that what began as a gleeful cosplay session turns progressively more dangerous and somehow more relevant, too.”

However, not all the reviews were positive. The film was critiqued for glorifying the murderous protagonist and the shallowness of the political and social commentary.

The Time Magazine wrote, “Phillips may want us to think he’s giving us a movie all about the emptiness of our culture, but really, he’s just offering a prime example of it.”

The Wrap read, “If you strip the Joker and his nearly 80-year history as a cultural icon out of this film, as well as all the 1970s movie homages, there’s not a whole lot left except for Phoenix’s performance, and it’s the kind of turn that’s destined to be divisive.”

The Joker will hit the screens on October 4.