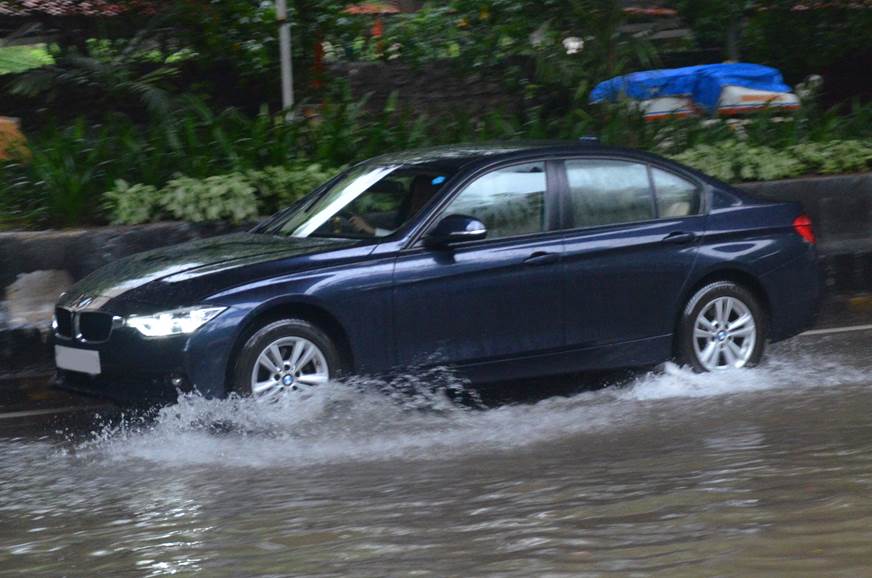 Kerala is affected by one of the worst natural disasters the state has witnessed. The floods that ravaged the state have affected millions of lives and caused losses worth thousands of crores. To help the flood victims, many automotive companies have contributed to various relief funds and announced free service camps as well as other facilities to their customers.

Nissan India has announced comprehensive service support to affected Nissan and Datsun customers in Kerala. The Japanese company has set-up special emergency repair teams and has also sent trained technicians from nearby states to speed up repairs. It has also set-up a helpdesk for faster insurance claims and settlement for flood-affected vehicles, and customers can call on 022-62613360 for more information.

BMW India has similarly announced after sales support for flood-affected customers in Kerala. The German brand has sent a special team of service technicians and advisors to the flood affected state to conduct comprehensive checks and to fix the cars. It’s also prioritising spare parts orders to support flood-affected vehicles. To fast track insurance formalities and assessment, BMW dealers have also arranged daily visits of surveyors.

Mercedes-Benz has also sent a designated team to Kerala. It has offered special discounts for spare parts, procured from Germany and Singapore, and has announced that it will not pass on the shipment cost to its customers. Daimler Financial Services India is also working on faster processing of insurance formalities of its insured cars. Meanwhile, Volkswagen has issued special flood-repair guidelines across its dealerships and has made special provisions for spare parts supply to Kerala.

Honda Cars India Ltd. (HCIL), too, has announced service and sales support to its customers through its dealership network in Kerala. The Japanese brand will be offering a 50 percent discount on labour costs and also a 10 percent discount on spare parts for flood damaged vehicles. It’s also offering exchange support for both Honda and non-Honda customers.

On the two-wheeler front, Bajaj Auto has announced free service camps across the state to provide check-ups and service of flood affected Bajaj bikes from August 28 to September 4, 2018. The camps will be conducted at all its dealerships in Kerala. The vehicles will go through a free check-up followed by engine flushing in case of water ingression and replacement of minor affected components. Bajaj dealerships will also waive off the cost of oil change and minor parts such as filters and gaskets.

Hero MotoCorp announced that it will not charge any fees towards the check-up and repair of Hero motorcycle and scooters in Kerala. Also, Hero will be offering its customers 30 per cent discount on spare parts. The free service camp will be held from August 28 to September 9, 2018.

TVS Motor has also announced a special service camp for its flood-stricken customers. The service camp will be held from August 27 to September 3, 2018 across all dealerships in Kerala. The service will include a detailed and comprehensive vehicle check-up to look for any flood related damages and repair them immediately. TVS will also offer free engine oil replacement and zero labour cost for the flood affected vehicles.

Honda Motorcycle & Scooter India Pvt. Ltd. (HMSI) has announced a free service drive and special exchange benefits for its customers in the state. Honda stated that labour charges and the cost of engine oil replacement will be borne by the company. Additionally, a special exchange bonus scheme of Rs 2,000 will be offered to customers willing to exchange their flood affected vehicle with a new Honda product. Honda customers can register their affected vehicles on the following customer care number – 1800 103 3434.

Suzuki Motorcycle India Pvt. Ltd. has announced a 10-day special service camp from August 30 to September 8, 2018 across its dealerships in Kerala. Customers won’t be charged for labour expenses, and engine oil and filters will be replaced free of cost on affected vehicles. Suzuki also announced special discounts on parts which aren’t covered by insurance. For more information, customers can call Suzuki’s toll free number – 1800 121 7996.

Yamaha Motor Pvt. Ltd. has announced a Vehicle Refresh Campaign in Kerala from August 30 to September 30, 2018. Yamaha customers will not be charged labour cost for flood affected vehicles, including labour charges for engine repair.

Nissan India is also providing few towing service to its customers in Kerala and they can call the 24×7 toll-free helpline number – 1800 209 3456 – for more details. Volkswagen customers in the state can avail free roadside assistance by dialling 1800 102 1155 or 1800 419 1155. The flood-affected cars will be transported to the nearest Volkswagen dealer free of cost. Tata Motors is also providing free-of-cost towing services to its customers and the toll free assistance number is 1802 097 979.

Hero MotoCorp has contributed Rs 1 crore to the Chief Minister’s Distress Relief Fund and has also provided immediate relief material consisting of food items, tents, medicines, water filters, blankets, hygiene kits, kitchen sets etc. to the relief camps in the state. It’s also working with the authorities to repair schools in the state and organise school uniforms and bags for the students.