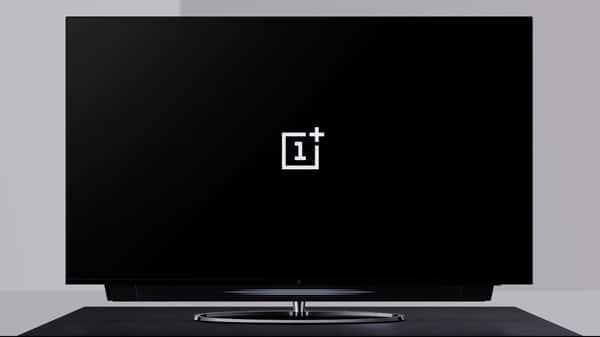 Can you remember the last time you read a television’s specifications before buying it? No, right? It’s fine. No one does, not in India at least. That doesn’t mean specs don’t matter, it just means that a mainstream buyer doesn’t care what million to one contrast ratio, MEMC (Motion Estimation, Motion Compensation) etc. mean for him/her.

What matters is the picture quality as your eyes see it, audio as your ears hear it, and now even the operating system and connectivity.

Well, the new OnePlus TV checks many of the right boxes in that regard. If you see it in a OnePlus Experience Store, you will certainly take a second glance at it. High quality content looks great on this TV, it delivers above average contrast and the colours look decent, if not absolutely punchy and out of this world. The TV is also sleek, built very nicely and would make any media center look classy. In fact, if specifications do matter to you, this TV supports HDR, Dolby Vision, has a QLED panel, the works. Combined all that with OnePlus’ fame for selling high end products at affordable prices and you have a winner, right?

But having used the OnePlus TV Q1 Pro for a while now, we’re not really convinced that you should buy it. And that’s because buying decisions are based on comparisons. The question we all ask is — is this the most value we can get for the money we’re spending?

A premium TV is very different from a premium phone

A premium TV is one that makes no compromise whatsoever, while people still afford some compromises when it comes to premium phones. OnePlus is living proof of the latter.

When Sony, Samsung and LG deliver their obscenely priced premium TVs in India, you can see a stark difference in picture quality. From the moment you turn those TVs on, it’s a picture that most middle-class buyers have never experienced before.

Unfortunately, the OnePlus TV is closer to the Mi TV than the Sony. In fact, there’s very little discernible difference between the picture quality on the Mi TV and the OnePlus TV, unless you’re actually testing with colourimeters etc.

You could argue that we haven’t seen every TV this one competes with, but the fact is, that at a lower price, the Mi TV 4X is certainly a better buy.

The bottomline is, OnePlus’ TV doesn’t look bad. In fact, colours are quite good and if you can bring high quality content, you will have a field day. But it won’t quite be as much fun as the Sony A9G. And the picture quality isn’t good enough to justify spending an extra 10 or 20 grand over a Mi, Vu or TCL AndroidTV.

Take the following for example:

If you’re watching Fresh Prince of Bel Air, actor Will Smith’s TV series from the 1990s on all three TVs, the OnePlus and Mi TVs look very similar. Their upscaling software can do nought to such old content, and though the colours do look better than a cheap TCL television that’s not really saying much.

The opening song, “Everybody Knows” sounds significantly better on the soundbar-less Sony A9G than it does on the OnePlus TV. Though the Mi TV lacks the added bass the OnePlus TV provides, personally, we think we’d happily settle for Xiaomi’s television for a lower price point.

The OnePlus TV Q1 is priced at Rs. 69,900 and the Q1 Pro will cost you Rs. 99,900. Neither is particularly affordable and neither is worth the extra money you’re paying over something like a Mi TV. The mathematics just don’t make sense.

This isn’t a OnePlus phone

OnePlus’ TV is impressively designed. There’s a soundbar that slides out of the bottom on the Q1 Pro each time you turn the TV on. And it looks really cool, but the novelty also wears off really fast. In fact, a friend who saw the TV said she’d rather put the soundbar on an always on mode instead of having it slide in and out every time.

Unlike OnePlus phones, the company has delivered little in terms of user experience here. That’s not OnePlus’ fault because the AndroidTV operating system isn’t as customisable as the phone version of Android is. You’re essentially stuck on the AndroidTV home screen, unless you want to use OxygenPlay for the content they have there. Also, while OnePlus’ close association with Amazon got them Amazon Prime Video support, the TV also doesn’t support Netflix yet, a major faux-pas for a company that’s evidently targeting premium buyers.

OnePlus did make a sleek remote by replicating the AppleTV remote, but when the interface it’s dealing with is haphazard in the first place, there’s little a remote can fix. The fact that Sony delivers old school looking remotes but still solves a lot of AndroidTV’s UI problems is proof of the effort the company delivers into into making its televisions.

Most of us can’t afford a television that costs a lakh or more, but we will aspire to it as long as it looks like something that’s better than anything we can buy. The OnePlus TV, unfortunately, doesn’t.

Almost every television that costs in lakhs is better than the OnePlus TV in terms of picture quality. True, the company beats some of them inthe audio quality department (thanks to the soundbar), but audio quality is secondary when you buy a TV isn’t it?