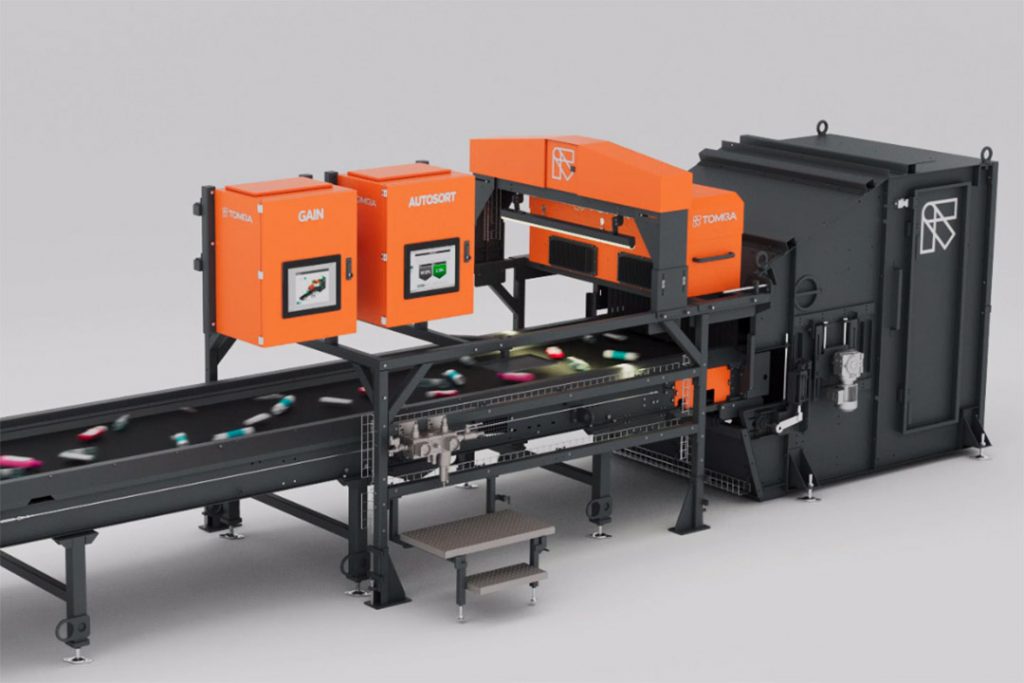 Tomra’s GAIN system can be used on a conveyor belt traveling up to 3 meters per second.

Tomra Sorting Recycling has launched a feature to help boost capabilities of optical sorters in the company’s Autosort line.

According to Tomra, the GAIN system classifies objects “based on sensor data,” which means it uses a camera and identifies materials based on the image. And the technology’s “deep learning” ability means the image identification gets better over time.

Deep learning “mimics the activity of large numbers of layers of neurons in the human brain to learn complex tasks,” the company wrote in a release. The system connects these artificial “neurons” and improves its ability to classify materials coming down the sorting line.

According to Tomra, the first application of the system was on a PE line, where it was used to separate PE-silicone cartridges from the rest of the PE line. These cartridges are often used for sealant products. Given the traces of silicone left in these containers after use, they can act as a contaminant in the PE stream.

The GAIN system can be used on a conveyor belt traveling up to 3 meters per second.