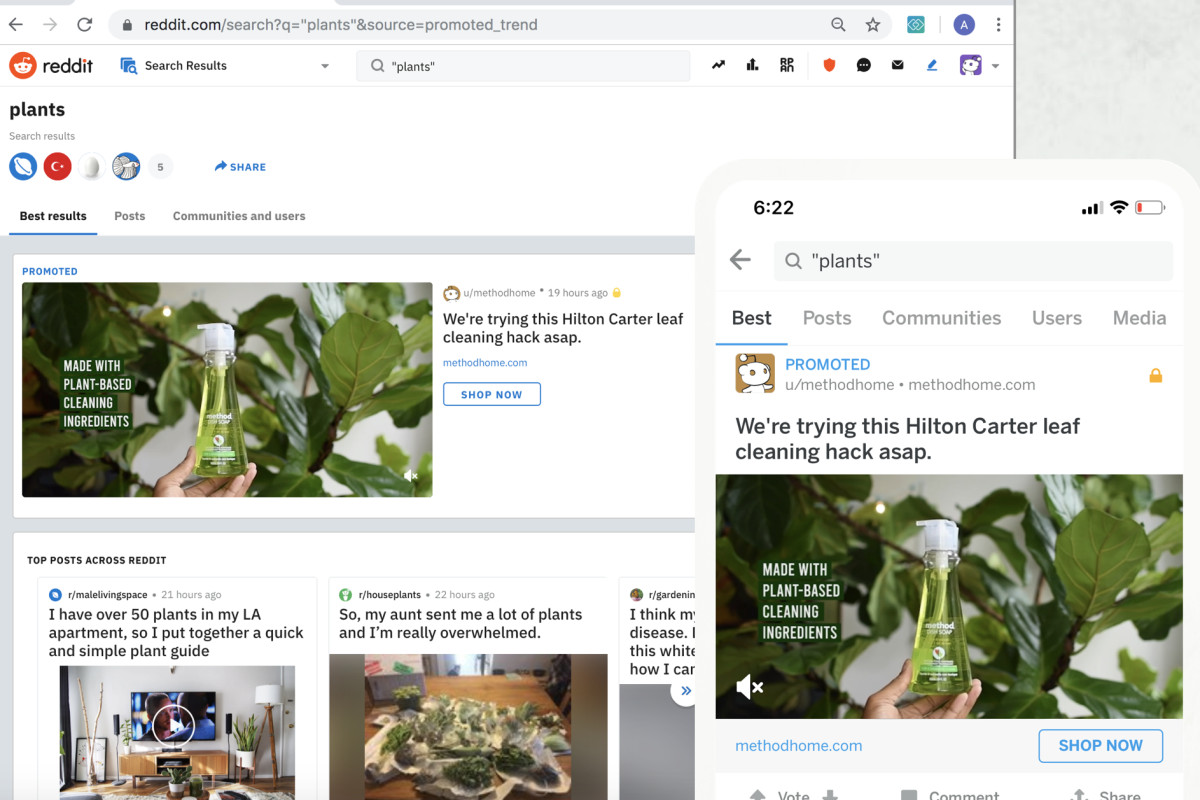 The ads, called Trending Takeovers, run on both desktop and mobile. Companies can pay to appear on the Trending Today module for 24 hours, giving them the second slots on two of the most commonly visited areas on Reddit: the popular feed and the search tab. These ads are distinguished from standard posts with the word “promoted” appearing at the top in bold lettering.

Reddit already offers a few ways for companies to advertise on the site. Its primary form of advertising allows brands’ posts to appear on the landing page and on subreddits. In 2016, Reddit also launched Promoted User Posts, which allowed companies to sponsor posts submitted by influential users that feature its products.

Trending Takeovers is very similar to Twitter’s Promoted Trends, which allows companies to purchase 24-hour ad space in the Trending section to stir up new conversations or engagement with users and increase exposure on new products.