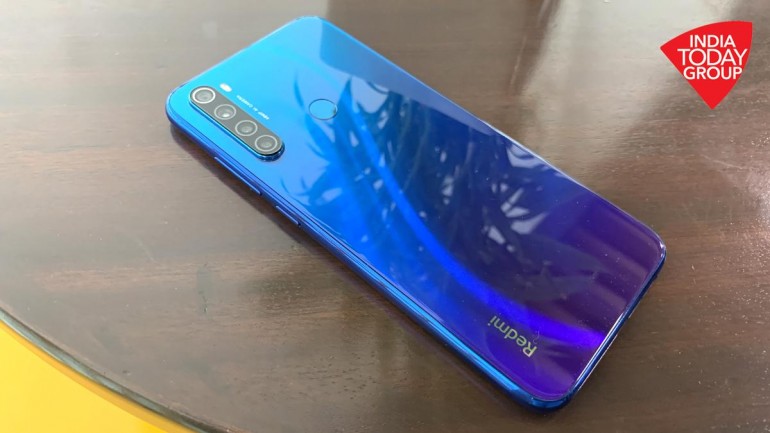 The Redmi Note 8 comes in three colour options — Neptune Blue, Space Black and Moonlight White. I’m using the Neptune Blue colour. I personally prefer phones in black or white or some other bold colours but the Neptune Blue of the Note 8 appears to be pretty decent to me. It is slightly shiny but I believe most people will like that. 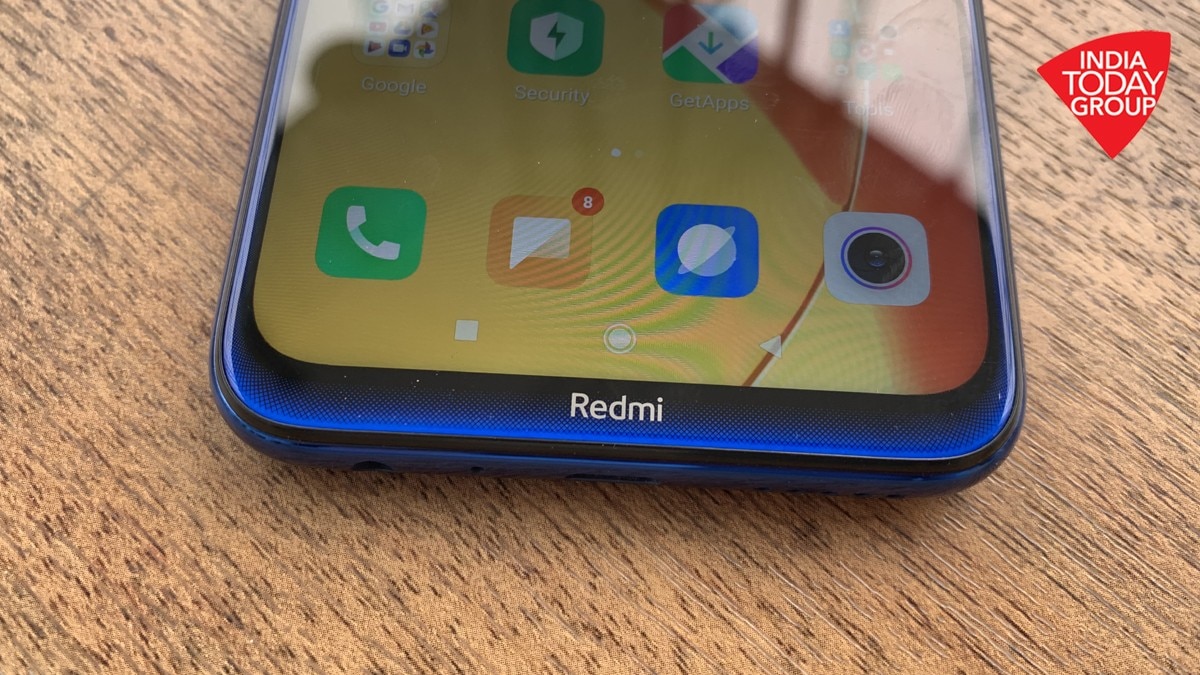 The Gorilla Glass 5 protection on the front and the back adds to the overall design of the smartphone. The glass body makes the affordable smartphone look expensive, classy and premium for its price. On the back, the four camera lenses add a sort of break to the design, which takes away the coherency. But not too much because overall I feel the phone looks fairly graceful neat.

The chin of the Redmi Note 8 is pretty thick but that will not cause any problem as Xiaomi has used its design tricks to hide it. The Neptune Blue colour of the Redmi Note 8 includes mix a blue and black on the chin as well as on side bezels. This not just hides the thick bezels but also makes the smartphone look appealing.

Screen is bright in all situations

The Redmi Note 8 comes with an LCD IPS panel that measures 6.3-inches. It offers screen resolution of 2280 x 1080p (FHD+). The screen of the Redmi Note 8 is not just big but is also bright enough in all lighting situations. I used the Redmi Note 8 to watch videos on YouTube and movies on Amazon Prime Video and play games. I also browsed social media apps like WhatsApp, Facebook, Instagram and Twitter on the phone. In all situations – be it in good day light and low light – the screen of Redmi Note 8 turns out to be great. The screen gets pretty bright and in turn offers great user experience. The smartphone offers great viewing angles. Keeping the bright around 50 per cent inside a room worked for me while in outdoor situations I had to scale up the brightness level to 100 per cent for good viewing experience. For a phone priced at Rs 9,999 the Redmi Note 8 click stunning images in good light. The phone struggles to capture detailed photos in low-light, although the Night Mode helps here. With the night mode switched on the Redmi Note 8 camera captures more light and that results in brighter and better-looking pictures in low-light situations.

In good light the main camera of the Redmi Note 8 manages to click great pictures with lots of details and spot-on colours. The default camera (12MP) mode is good enough to capture detailed pictures in good light. I rarely used the 48MP camera mode that is present separately in the camera app as the main camera served the purpose. The Redmi Note 8 also manages to click great ultra-wide shots. I personally loved the portrait and macro shots the smartphone captured. The portrait shots turns out to be great with lots of details, sharp edges, good colours and background properly blurred out. The macro lens also manages to capture good detailed pictures with accurate colours. 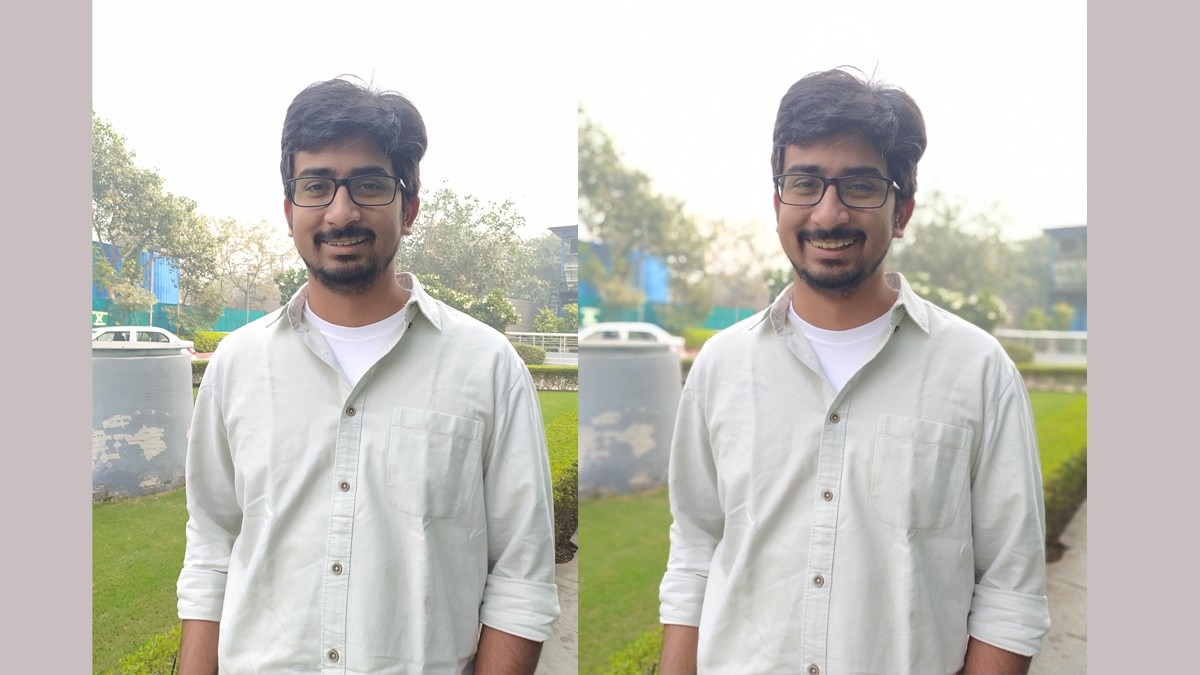 For a phone that is priced at Rs 9,999 it will not be wrong to say that the Redmi Note 8 is the best camera smartphone under Rs 10,000 in India right now.

Great at multitasking, but there are ads in MIUI

I used the phone as my primary device. In other words, I watched videos, used several applications at the same time like Facebook, Twitter, Gmail, WhatsApp and others, played games, browsed the internet and so on. At no point the Redmi Note 8 lagged or showed signs of stutters. I played graphic heavy games like PUBG and Asphalt 9 on the Redmi Note 8 and both worked pretty smoothly on the device. I’m using the 6GB RAM + 128GB storage model of the phone. This is the top-end model and comes with a price of Rs 12,999. There a base model of the phone as well that comes with 4GB RAM and 64GB storage. The Redmi Note 8 runs MIUI 10 based on Android 9 Pie out-of-the-box. At the launch, Xiaomi confirmed that the Redmi Note 8 would get upgraded to MIUI 11 between November 13 and November 29. This means we can expect the phone to get MIUI 11 anytime. The review unit we are using is still running on MIUI 10. For now, there are no reports whether the Note 8 will get Android 10 or not.

Similar to other Xiaomi phones with MIUI 10 on board the Redmi Note 8 brings Ads – I feel the ads are slightly controlled in this one but they are there. The MIUI 10 brings features like — dark mode, game turbo, and lots of pre-installed applications — that users can delete if needed – to the smartphone. 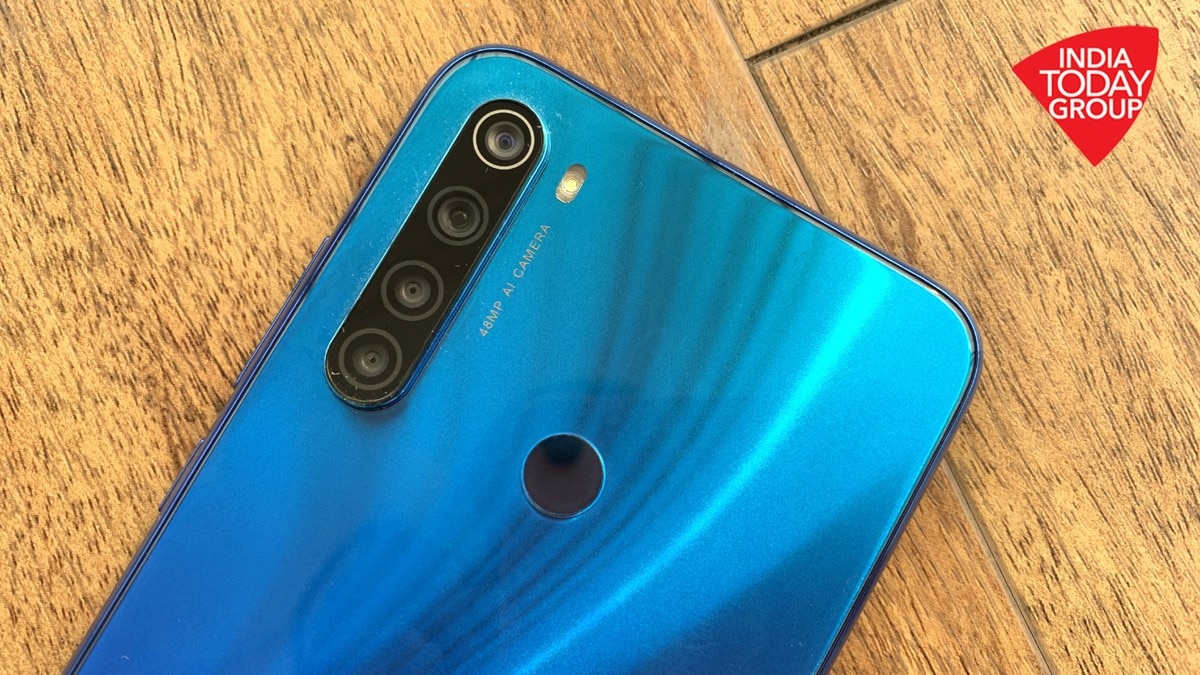 The good thing about the battery department of the phone is the bundled 18W fast charger. Yes, the phone includes the 18W fast charger inside the box. It is great to a phone so aggressively price has fast charger in the box. The Redmi Note 8 takes around 1.5 hours to fully charge – 0 to 100 per cent – which is pretty impressive. The smartphone comes with USB Type C support.

Should you buy the Redmi Note 8?