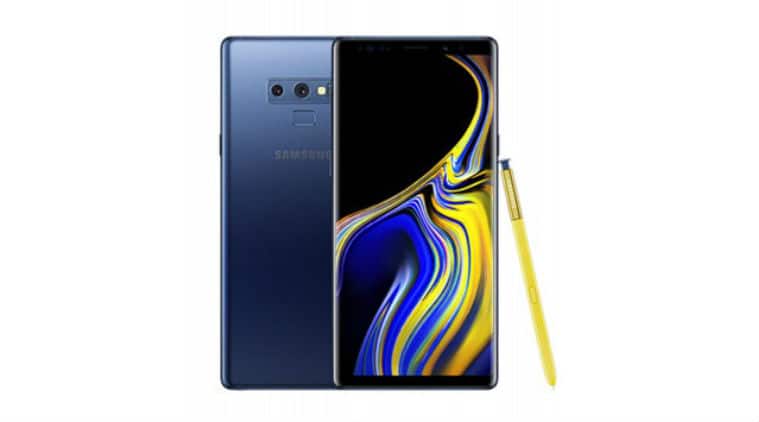 Samsung Galaxy Note 9 has started receiving its first software update ahead of its sale in the US from August 24. The update brings with it Super Slow-mo camera mode and it also includes August 2018 security patch as well. The update, which comes with software version N960FXXU1ARH5, can be checked for manually by opening the Software update tab in the Settings menu.

According to a Sammobile report, the update brings a toggle in the Super Slow-mo camera mode that will let users record either 0.2-second or 0.4-second videos in manual mode. Do note that 0.4-second footage can only be shot at 480 fps, and not 960 fps.Samsung Galaxy Note 9 was unveiled earlier this month at the company’s Unpacked event in New York. The phone will make its debut in India on August 22. It can be pre-booked on the Samsung Shop online as well as Flipkart. Samsung Galaxy Note 9 India price starts at Rs 67,900 for the base storage model with 6GB RAM and 128GB internal space. The 8GB RAM+512GB storage model will cost Rs 84,900. In India, the Galaxy Note 9 is listed in midnight black, ocean blue, and metallic copper colour variants.Samsung Galaxy Note 9 is the latest Note-series smartphone, and it comes with several improvements over its predecessor. The S Pen, which now support Bluetooth, can function on its own as a remote. The accessory can be used to control content on Note 9, and also as a remote to access the camera.As for specifications, Samsung Galaxy Note 9 features a 6.4-inch SAMOLED QHD+display, and runs an octa-core Exynos 9810 processor in India. The phone supports up to 512GB expandable storage via a microSD card. It gets dual rear cameras, a combination of 12MP primary wide-angle lens and 12MP telephoto lens with dual aperture. The front camera is 8MP. Galaxy Note 9 is backed by a 4,000 mAh battery.