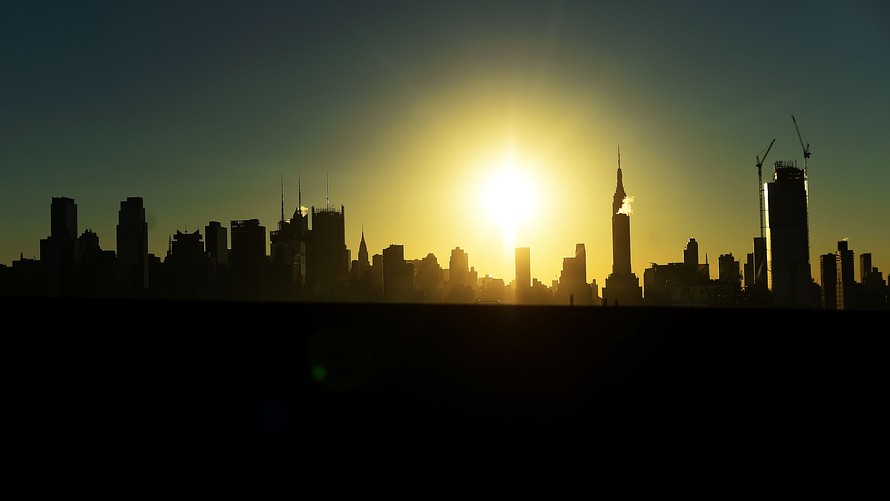 The U.S. stock market seems to have turned the corner, overcoming concerns about inflation, rising rates, trade wars and other geopolitical issues, as witnessed by steady gains over the past six weeks.

While it isn’t quite a goldilocks background for equities, it is certainly not as scary as people presumed only a few months ago, according to Karyn Cavanaugh, senior market strategist at Voya Financial.

“The [April] jobs number was good, not “too hot” and a small rise in inflation doesn’t mean hyperinflation. As much as it had been in headlines lately, the 10-year [Treasury] yield is still not breaking above 3%,” Cavanaugh said.

Admittedly, the S&P 500 SPX, +0.17%  as of Friday’s close at 2,727.72, is still trading about 5% below its peak set in January, however, steady gains and lack of volatility seemed to have emboldened investors for now.

Since the beginning of April, the S&P 500 rose 3.3% and is up 2% year to date. The Nasdaq Composite COMP, -0.03%   is up 7% since the start of the year, as large technology companies continued to lead markets higher.

Meanwhile, implied volatility of the S&P 500, as measured by the Cboe Volatility IndexVIX, -4.38%  has dropped more than 36% since the start of April and at 12.65 it is at the lowest level since late January.

See also: Wall Street’s ‘fear index’ drops to levels not seen since before stocks fell in to correction

“By now, investors priced in all the bad things they could price in: concerns about trade wars, geopolitics, rising rates and even fears that earnings growth peaked. But the economy is still growing and earnings are expected to grow by double digits this year and next,” Cavanaugh said.

“By now, investors priced in all the bad things they could price in: concerns about trade wars, geopolitics, rising rates and even fears that earnings growth peaked.”

Indeed, with the earnings season almost finished, the S&P 500 earnings per share is expected to have grown nearly 25%, while revenues grew by more than 8% over the first quarter compared with the same period last year, according to FactSet. For the full year, analysts expect earnings to grow by 19%.

“We must keep in mind that the first-quarter earnings have been boosted a lot by a one-time tax windfall. But second-quarter earnings are expected to grow by another 20% even without the windfall but as the underlying corporate tax cuts start to kick in,” Cavanaugh added.

While recent gains may have given confidence to investors, markets aren’t quite out of the woods yet and any geopolitical news could bring back volatility.

“There is always going to be geopolitical risk. The things that could spook investors might be rising oil prices or rising dollar or overly aggressive Fed. But as long as the global economy is growing in tandem with the U.S., companies will continue grow their earnings,” Cavanaugh said.

Next week, investors will get a fresh round of economic data that will gauge consumers’ spending power and the health of the housing market.

Read: Economists see less risk of economic downturn over the next year

On Tuesday, retails sales are due at 8:30 a.m. Eastern, as well as manufacturing data from the New York region.

Housing starts data are due on Wednesday at 8:30 a.m. Eastern, while industrial production is scheduled to be released at 9:15 a.m. Eastern.

Philadelphia Fed Business outlook survey is due on Thursday at 8:30 a.m. Eastern.