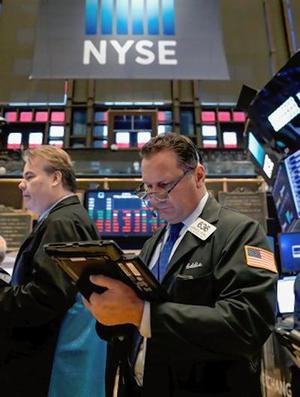 U.S. technology and consumer discretionary stocks have been insulated from global trade tensions, but if another round of U.S. tariffs on Chinese goods goes into effect, even those high-flying sectors could come down to earth.

U.S. President Donald Trump has said he was prepared to move forward with levies on an additional $267 billion — in essence, all Chinese imports into the U.S.

The inclusion of consumer goods is a shift from previous rounds of U.S. tariffs, which have primarily hit the industrial sector. Shares of companies such as Boeing Co. and Caterpillar Inc. have risen and fallen in tandem with trade sentiment.

On Wednesday, the Trump administration said that it invited Chinese officials to restart trade talks, which has been welcomed by Beijing. U.S. stocks have perked up on the news, but that optimism could be fleeting. “Investors in general are too predisposed to react too positively to any signs of improvement in the situation,” said Kristina Hooper, chief global market strategist at Invesco in New York. “I don’t expect the (Trump) administration to back down.”

Companies in the tech and consumer discretionary sectors have begun sounding alarm bells. A broad array of U.S. industry groups, representing companies such as Microsoft Corp, Amazon.com Inc, Walmart Inc. and Mattel Inc., has voiced opposition to the new tariffs.

Even Apple Inc., whose stock has contributed heavily to the S&P 500’s gains, has warned that the proposed tariffs would affect several of its products, including the Apple Watch and AirPods headphones, though it did not mention the iPhone.

In part because of trade issues, shares of tech companies have gotten off to a rocky start in September. As of Thursday’s close, the S&P 500 tech sector had fallen 1.2% this month, versus a 0.1% rise for the S&P 500 as a whole. S&P 500 consumer discretionary stocks had risen 0.2%, less than the 2% advance in industrial stocks.

“The next round of escalation really does impact the leadership of the market,” said Lisa Shalett, head of investment and portfolio strategies at Morgan Stanley Wealth Management.

In anticipation of heightened trade tensions, companies have built up inventory, which could have an adverse effect on supply chains later on, Shalett said. Inventory pile-ups have already pushed down pricing in the semiconductor industry. The Philadelphia SE Semiconductor Index had fallen 2.8% in September as of Thursday’s close.

Consumer-oriented companies face a catch-22 in their response to tariffs. Those that compete on price, such as Walmart, will likely have to absorb the cost of levies, which will cut into their margins. But companies that pass costs onto consumers, as Apple has indicated it will do, risk dampening demand for their products.

Invesco’s Hooper pointed to washing machines as an example. Tariffs on steel and aluminium caused Whirlpool Corp. to raise prices on its appliances, and its second-quarter earnings slumped as a result.