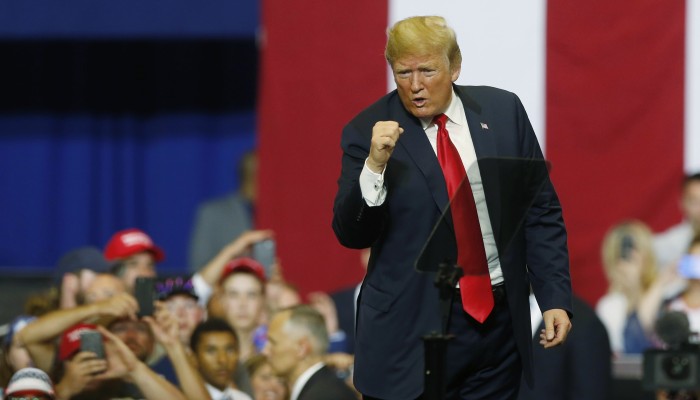 The technology-heavy Nasdaq Composite index dropped by more than 2 per cent, its sharpest one-day fall since early April. Even the VIX Index, Wall Street’s “fear gauge”, which measures the anticipated volatility in the benchmark S&P 500 index, shot up to its highest level since late April, having stood close to its record low for the last month.

According to the latest global manufacturing and services Purchasing Managers’ Index survey, produced jointly by JPMorgan and IHS Markit, a data provider, the US has overtaken the euro zone as the principal driver of growth. Last month, America’s economic output rose at its fastest pace in over three years amid a slowdown in Europe, Japan and several leading emerging markets, notably China, where the combination of the trade dispute with the US and the government’s deleveraging campaign is crimping growth.

As I argued in an earlier column, the period of synchronised global growth has come to an abrupt end, and has been replaced by what JPMorgan calls “US economic exceptionalism”. The buoyancy of America’s economy, underpinned by an exceptionally strong labour market and an aggressive fiscal stimulus package, was evidenced by the Federal Reserve’s decision earlier this month to step up the pace of monetary tightening. Jerome Powell, the new Fed chair, declared the US economy to be in “great shape”.

Why the US dollar is winning the currency World Cup

Since the start of this year, US equities have delivered the best returns across the major asset classes, fuelled by the strongest corporate earnings since 2011. The Nasdaq Composite has risen by nearly 8 per cent, while the Russell 2000, an index of small-cap stocks which generate most of their revenues in the US, is up by 7 per cent.

Even the more vulnerable S&P 500, which is dominated by multinationals, remains in positive territory. This compares with declines of 4.5 per cent for German shares and 8 per cent for emerging market equities. On Tuesday, the benchmark Shanghai Composite index slipped into bear market territory. 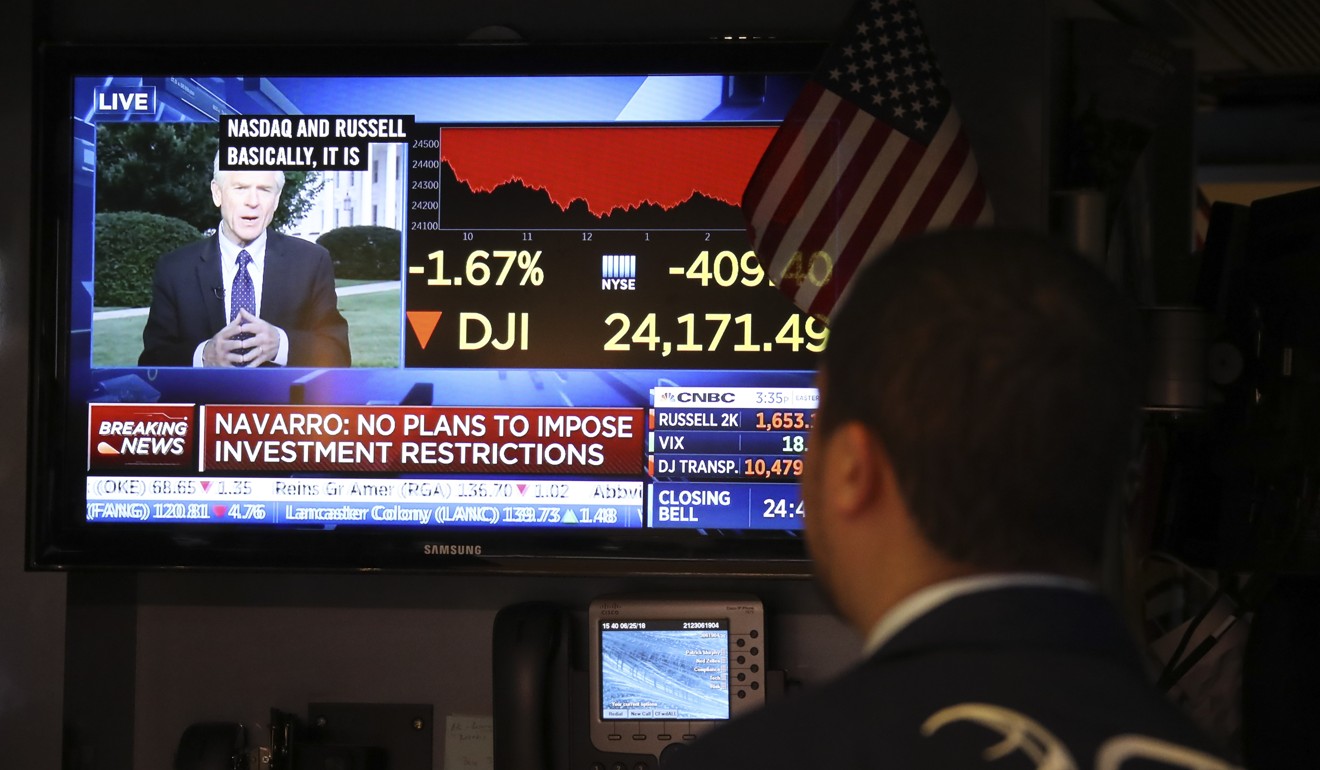 What is more, America’s corporate debt market is proving remarkably resilient. Spreads, or the risk premium, on US high-yield, or “junk”, bonds have fallen since the beginning of this year, despite the surge in volatility and a hawkish tilt from the Fed. In a report published last Friday, JPMorgan described US junk bonds as “the most resilient part of the global credit complex”.

Even the dollar, which plunged by nearly 10 per cent last year (according to the dollar index, a gauge of its performance against other major currencies), has shot up 7.6 per cent since mid-February and is on track to enjoy its best quarter since the end of 2016. This has been one of the key factors behind the sell-off in developing economies.

Make no mistake, Trump’s America, whose protectionist policies are now the main source of anxiety in markets, is outperforming the rest of the global economy and proving much less vulnerable to the recent tightening in financial conditions.

Yet, how much longer can US “exceptionalism” last?

Possibly for some time. While “the dark side of Trumponomics”, as JPMorgan calls it, has become much more pronounced this year, counteracting domestic and external forces are holding sway. Not only have Trump’s trillion-dollar tax cuts boosted corporate earnings and engendered optimism on Main Street, America’s economy is gaining momentum just when other parts of the world, notably Europe, are slowing, increasing the relative appeal of US assets.

The US also continues to benefit from its tech-heavy stock markets, with the sector currently accounting for a quarter of the S&P 500. In Europe, on the other hand, tech firms make up less than 5 per cent of the Stoxx Europe 600 index, the region’s main equity gauge.

While tech shares came under strain earlier this year, the so-called “FAANG” stocks, which include Amazon and Netflix, have been the most popular trade in markets this year, according to Bank of America Merrill Lynch’s latest fund manager survey.

Yet the survey also reveals that a trade war has become the biggest “tail risk” for markets. US exceptionalism may not be so exceptional after all.