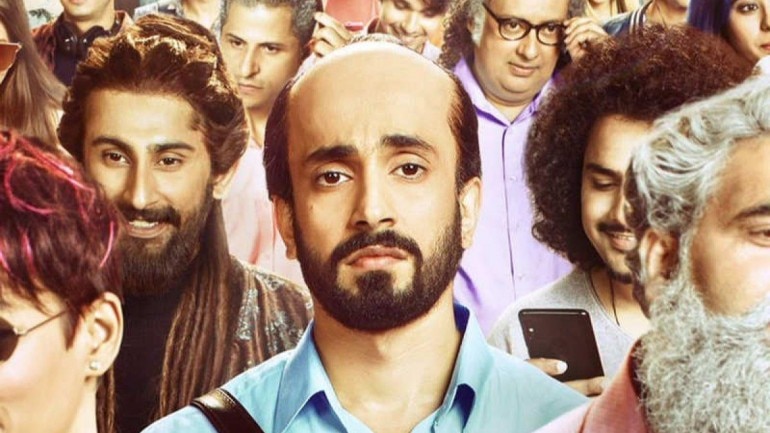 An out-of-the-box idea? Check. Unsolicited controversy? Check. Remake of a South Indian film? Check. Satisfactory performances by the actors? Check. Abhishek Pathak’s Ujda Chaman has, approximately, everything to make it a fun and entertaining watch. But despite that, the film drastically fails at being one. Starring Sonu Ke Titu Ki Sweety actor Sunny Singh, the film promised to be a quirky take on the problem of premature balding, which it is, but that’s it. It touches upon the problem, makes predictable intermittent jokes and without delving deep into the plot, makes the audience leave the theatre disappointed.

Ujda Chaman is the story of a typical West Delhi Punjabi family, who are looking for a girl for their elder son Chaman (played by Sunny Singh). Chaman is a Hindi lecturer at Delhi University who has been trying to get married for the past five years. But because of his receding hairline, he is unable to find a suitable bride. A family guruji’s prediction about his wedding just adds fuel to the desperation of the Kohli family to get Chaman married before he turns 31. He tries all tactics to entice women, but nothing helps. From thinking about hair transplant to opting for a wig, the 30-something “takla master” leaves no stone unturned to look his age and get married. He is so desperate to get a girl that he ends up becoming the victim of a first-year girl who uses him to pass college examinations.

His last resort? Yes, Tinder. No points for guesses. Here comes an overweight, but confident Apsara (played by Maanvi Gagroo). She is everything pleasant and on the dating app because of a recent break-up. Predictable enough? Told you so. Though both of them reject each other in the first meeting for the obvious reasons, they end up meeting each other’s families and then happens the usual ‘shaadi ki baat-cheet’ stuff. This relationship has the potential to work but Chaman’s insecurities play spoilsport.

Everything is so predictable and boring in Ujda Chaman that at a point, one doesn’t hesitate to even take a nap. The film mainly lacks in the writing department. It could have been a fun, slice-of-life film which could have brought a serious issue into general discourse, but loose writing makes it rather bland.

One particular scene which shows Chaman stare at their house help’s cleavage and his mother shouting at the woman to wear better clothes “because men are around” paves way for an awkward moment, which makes you cringe. But you are confused if it is funny, because people around you are laughing out loud.

The performances by the lead actors are satisfactory, if not as bad as the writing. Sunny Singh as Chaman is just a bald version of Titu from Sonu Ke Titu Ki Sweety. But he can’t be blamed entirely as the script doesn’t quite allow him to explore. Chaman’s parents, played by Atul Kumar and Grusha Kapoor, are fun to watch. They are the loud, textbook ‘desi’ couple, who are doing it all to see their son married and thus creating laughter.

Saurabh Shukla has a cameo in the role of the family guruji. Maanvi Gagroo as Apsara portrays her character with sensibility. A popular face on TV, Aishwarya Sakhuja as Chaman’s colleague doesn’t leave any impact on the big screen. But there’s a surprise element. You will see a face from a popular Indian web series starring Manoj Bajpayee. He is JK from The Family Man – Sharib Hashmi. Didn’t want to tell you this, but then, this bit of suspense should not be your sole reason to go and watch the film.

Ujda Chaman has four songs with none of them being remarkable. One good thing about the film is the way it shows Delhi. The Capital city looks beautiful as the camera pans over Shah Rukh Khan’s alma mater Hansraj College, India Gate, Hauz Khas and Dilli Haat, among several other popular spots. A true blue Delhiite will surely connect with the film because of this.

So if you have nothing better to do in life this weekend and want to go out with friends and family, you can give Ujda Chaman a try. Delhiites have an extra excuse to watch the film as they will be able to see their beautiful city sans the post-Diwali fog and pollution. And the most important reason, watch Ujda Chaman to compare it with Ayushmann Khurrana’s next film Bala, which also talks about premature balding and is out next week. Find out for yourself if the film is worth the controversy it created right before its release.