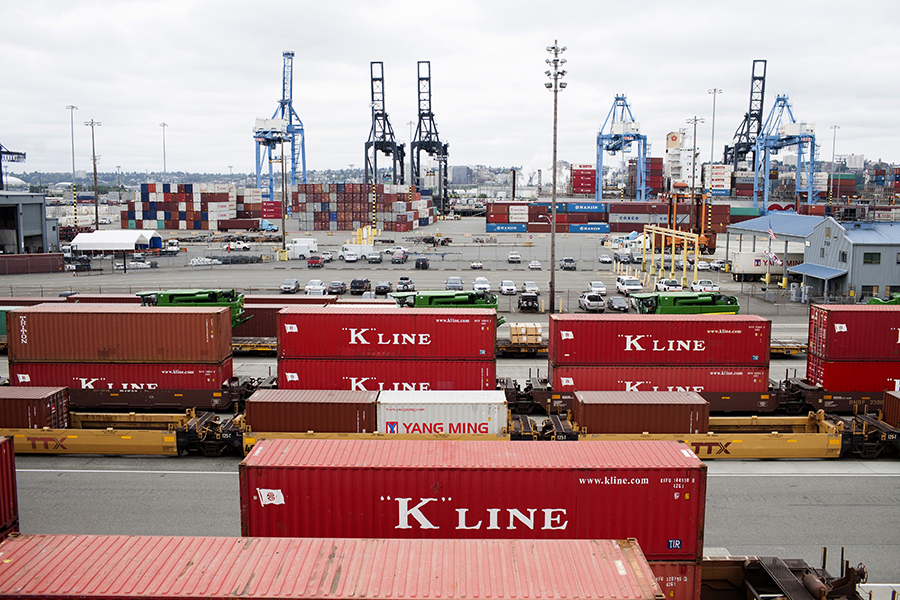 FILE– The Port of Tacoma, in Tacoma, Wash., June 9, 2014. Now in 2019, the biggest threat to global fortunes has become the intensifying conflict between the two largest economies on earth, the United States and China. As their leaders openly contemplate how to inflict pain on each other, the rest of the world now frets about becoming collateral damage in an escalating trade war.
Image: Matthew Ryan Williams/The New York Times

LONDON — In ordinary times, worries about the health of the global economy tend to prompt leaders of the largest countries to join forces in pursuit of safety.These are not ordinary times.