Home  »  Gadgets News   »   Xiaomi Mi A2, Mi A2 Lite Set to Launch Today: Time, Live Stream, and Everything Else You Should Know 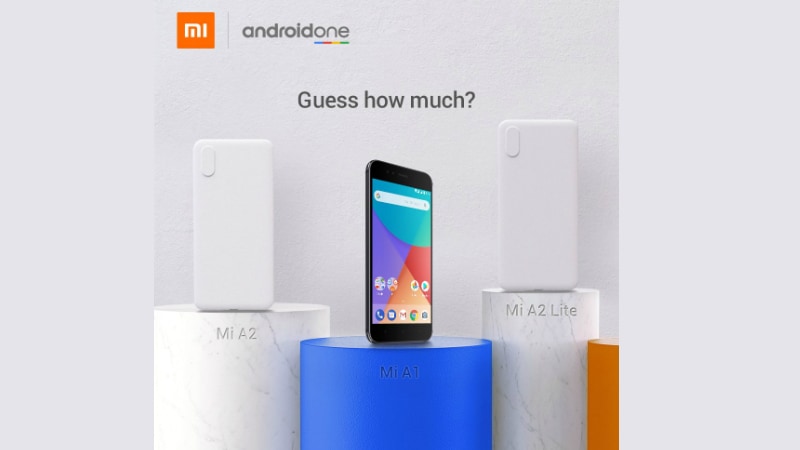 Xiaomi Mi A2 and Mi A2 Lite smartphones are set to go official today at an event the company is hosting in Madrid, Spain. The Mi A2 launch event is scheduled to start at 11am local time (2:30pm IST) and will see the unveiling of the Android One phone in the international arena. The stock Android experience, of course, also means that the duo will get quicker software updates. The specifications and prices of the two smartphones have been leaked several times over the past weeks, but all eyes will be the official prices and the release dates, especially in India. Stay tuned to Gadgets 360 for all the updates from the Mi A2 launch event.

How to watch Mi A2 launch live stream

Xiaomi is live streaming the Mi A2 launch, so you should be able to catch all the updates without missing anything. We will be covering the event live as well, bringing to you real-time updates from the event. To watch the event, just hit the play button in the video embedded below.

ALSO SEEXiaomi Mi A2, Mi A2 Launch: Here’s What We Know So Far

Notably, Xiaomi hasn’t officially revealed any particular specifications of the two new Mi-Series models, but the rumour mill has reported much about both. The new smartphones are expected to come with multiple options, including 3GB or 4GB RAM, and 32GB or 64GB of inbuilt storage. The Xiaomi Mi A2 will reportedly run Android 8.1 Oreo out-of-the-box and feature a 5.99-inch full-HD+ display with an 18:9 aspect ratio.

An alleged live image of the handset lately suggested that it is currently under testing with the May Android patch that is based on Android 8.1 Oreo. The screen featured on the image also didn’t show any signs of custom MIUI skin. This hints that similar to the Mi A1 and all the other Android One smartphones, the Mi A2 and A2 Lite will come with a vanilla Android experience. It can be expected that the model will receive Android P update sometime later this year, though the Mi A1 wasn’t too quick with updates.

Under the hood, Xiaomi Mi A2 is rumoured to include a Qualcomm Snapdragon 660 SoC, paired with 4GB of RAM. The smartphone is also likely to come with a dual rear camera setup that includes a 12-megapixel primary sensor and a 20-megapixel secondary sensor – both featuring an f/1.75 aperture, along with an LED flash module.

On the front of the Xiaomi Mi A2, there could be a 20-megapixel sensor with artificial intelligence (AI) backed features, including an AI Portrait mode. The handset may also have 4G LTE, Wi-Fi 802.11ac, Bluetooth v5.0, GPS/ A-GPS, USB Type-C, and a 3.5mm headphone jack on the connectivity front and a 3010mAh battery.

Meanwhile, the Xiaomi Mi A2 Lite will reportedly sport a 5.84-inch full-HD+ display with a 19:9 aspect ratio and a Qualcomm Snapdragon 625 SoC, paired with 3GB RAM option and up to 64GB of onboard storage that is expandable via microSD card (up to 256GB). In terms of optics, the smartphone will likely come with a 12-megapixel primary sensor and a 5-megapixel secondary sensor within its dual rear camera setup and a 5-megapixel front camera sensor. Besides, it could come with a 4000mAh battery and offer connectivity options such as 4G LTE, Wi-Fi 802.11ac, Bluetooth v4.2, GPS/ A-GPS, and Micro-USB.